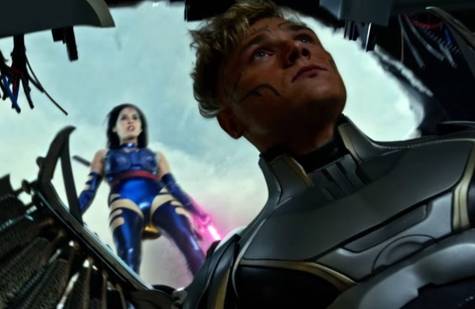 We want Angel from “X-men: Apocalypse” to live!

After watching „X-men: Apocalypse”, I was truly shocked! My beloved character, Angel was badly hurt in the final battle. The word hurt may be too little, if he was just hurt, there would be no dilemma. After plane crash (he was trapped in a military plane), he is left covered with blood and unmoving and that is the last time we see him in the movie. I’ve nearly got heart attack, when I saw that. The biggest problem is that we don’t know if Angel survived or not. That’s for what I wrote that petition. Angel’s fans are terrified and we don’t want to lose that great character, Angel. We will do everything to rescue him!

What we can do? We can persuade the producers of X-men movies, to keep Angel alive and safe. You just need to sign that petition, that’s all. Then, it will be send to the director of the movie, Bryan Singer. If he sees that we really care about what will happen to Angel, he can easily put the character in sequel of the movie or give us information, that Angel will be alive. That isn’t impossible, as opinion of fans is really important. We will do everything to rescue him!

To convince Bryan Singer why we love Angel so much, I will give a few reasons. Firstly, he was actually the first member of the X-men, unfortunately not in the movies. His history in comics is most interesting and surprising.

Secondly, in the movies, we saw Angel only twice. That is really a little, as there are lot of movies in the X-men series. Fans feel insufficient because of that. Directors should take care of Angel and explain some of his plots. So killing him would be useless.

Third reason are Angel’s amazing powers like healing factor, resurrecting the dead. It can be used to explain how Angel survived or maybe he rescue someone else too... Directors can create any plot with Angel. We really look forward to that.

As you see, there are many reason, why Angel is so important character. For me his life is the most important thing ever. I am not alone. There are many fans, who would love to see Angel in future movies. So I pledge Bryan Singer and other moviemakers to not to kill Angel and keep him alive. We wait for his new adventures impatiently.