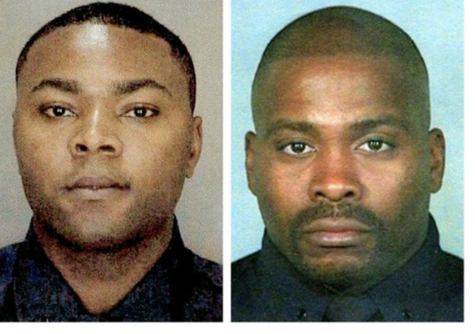 Today, March 10, 2016, marks the 13th anniversary of two NYPD officers; Rodney J. Andrews and James Verneuil-Nemorin were intentionally and callously murdered during an undercover operation in Tompkinsville, Staten Island in 2003. The officers were courageously involved in an undercover gun buying operation, one of the most dangerous assignments for police officers.

As Staten Island awaits the delivery of three new ferries to be added to the Staten Island Ferry fleet. The City recently announced that the first is to be named after local hero Staff Sgt. Michael Ollis who was killed in Afghanistan.

We are requesting that one of the two remaining boats be named for these hero police officers who gave their lives in sacrifice so that our community could be safer and protected from the murderous gun violence that has plagued our North Shore community. After murdering the two officers the thugs callously pulled the bodies from their vehicle and left them lying in the street at the intersection of Hannah Street and St. Pauls Avenue, Tompkinsville, Staten Island. A total of five individuals were arrested and the shooter was ultimately sentenced to death in Federal Court.

We ask that these men, these sons, brothers and fathers be remembered by honoring and memorializing their heroism and sacrifice with this small gesture of naming a Ferry from a very grateful and humbled community of Staten Island and the greater New York they served, remembering that the lives of five beloved children were tragically changed forever when their dads did not return home from their day at work.