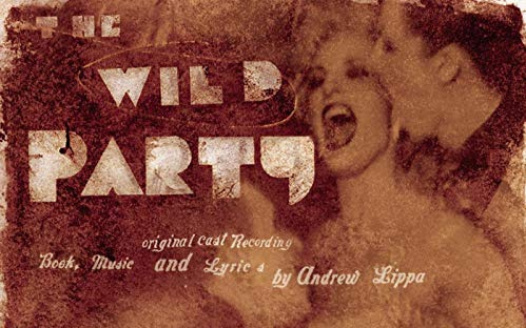 1260 people have signed this petition. Add your name now!

I'm making this petition to let the Roundabout Theatre Company know that they should produce this underrated musical on Broadway for its 2022-23, 2023-24, or 2024-25 season. This is one of my absolute favorite musicals. It's a show that is provocative, sexy, and dazzling like the revivals of "Chicago" and "Cabaret" (which Roundabout already has produced twice; in 1998 and 2014) and like the new musical "Moulin Rouge". I know that this show (which was one of two musicals adapted from the same material) was produced Off-Broadway with the Manhattan Theatre Club in 2000 (starring Brian d'Arcy James, Julia Murney, Taye Diggs, and Idina Menzel in her pre- Wicked and Frozen years). It was also revived in 2015 with NY City Center's Encores Off-Center. I firmly believe that this is the right time to finally bring this very special musical to Broadway.

Another reason this must happen is that in the Encores Off-Center production, valuable material was edited out of the show including songs such as Queenie Was A Blonde, Out of the Blue, Jackie’s Last Dance, and its final touching number, How Did We Ever Come To This. This time, these songs need to be present, in their rightful places.

Another important point is that this Roundabout production will need to have a diversity in cast and crew, including people of color, body positive, and transgender.

In its mission statement, Roundabout (which is a non-profit theatre company) works with a diverse team of artists to identify programming for consideration and has the ability to produce lesser-known plays and musicals like The Wild Party. In these crazy times, Lippa's musical is more relevant than ever.

Please sign this petition and share it with others who want to support a strong and diversified New York theatre.

Also, feel free to contact the staff of the Roundabout Theatre Company by email (info@roundabouttheatre.org and development@roundabouttheare.org) or mail them at this address (231 West 39th Street, Suite 1200, New York, NY, 10018). Find and follow me on Twitter (@glenn_biz), Facebook (facebook.com/glenn.biz), and Instagram (instagram.com/glenn.biz). #OperationQueenie