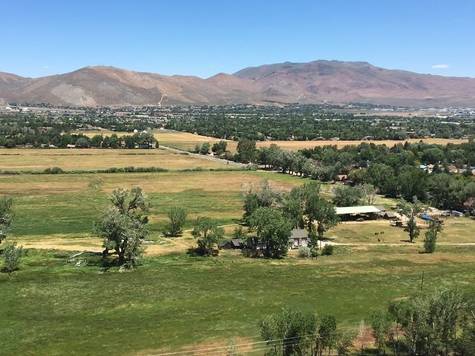 The Andersen Ranch located between Mountain Street west to Ormsby Boulevard and Ormsby Boulevard east to King Street is one of the the last vast open space properties on Carson City's west side. This magnificent property affords majestic, up-close and personal views that define the essence of Nevada's rich and spirited Battle-Born heritage. The property was initially identified as an “At Risk Area For Preservation” on Carson City’s initial 2006 Master Plan for the Future Open Space System, but is currently threatened by over-intense development. Plans for the development include a master plan amendment that would install land uses and densities that are incompatible with the existing zoning. The developers are proposing to build a high density, retirement community on these lands that includes neighborhood business/commercial to accommodate assisted living units and extended care facilities.

We, the undersigned, understand that it is Carson City’s appeal that is the primary driver of our economic prosperity. We believe green space is smart growth that offers a holistic set of community of life benefits. We believe preserving the Andersen Ranch as green space is the best solution to preserve Carson City's unique identity, character, charm and future. However, if this is not possible, we believe existing planning laws must be are upheld in order to minimize the quality of life benefits the property currently affords. We oppose any requested zoning change, alterations or overlays to the existing zoning status to the referenced parcels. To avoid any detrimental impact from increased density beyond what is currently allowable, or incompatibility with the surrounding established neighborhood, the existing zoning should remain in tact.