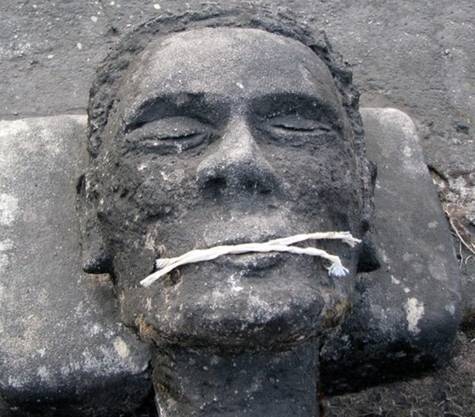 An Open Letter on the Hypatia Controversy

We, the undersigned, are writing to express our deep concern and outrage over both the recent demand for the retraction of Rebecca Tuvel’s article, “In Defense of Transracialism,” which was published in Hypatia: A Journal of Feminist Philosophy (29 March 2017), and Hypatia’s temporarily acquiescing to this demand by removing the article in its online form for a period of time.

The open letter to Hypatia (published 30 April 2017), which garnered over 800 signatures of academics from universities within the US and elsewhere in addition to a handful of writers, was a mean-spirited mischaracterization of a scholar’s work that was conspicuously lacking in any attempt to engage with the primary argument offered therein. Instead, the letter demanded a retraction based on spurious and, in some instances, demonstrably wrong assertions regarding the content of the work. We agree with Jessie Singal’s overall assessment in This Is What a Modern Day Witch Hunt Looks Like and we share his suspicion that despite calling for its retraction, many of the signatories had not read Tuvel’s article before adding their names to the letter. In fact, one must wonder if some of the signatories had even read the open letter to Hypatia given the petition’s absolute defiance to critical inquiry and academic deliberation.

Most of the signatories to the Hypatia letter enjoy both the intellectual and practical benefits of free and open debate and discussion within their institutions. A vast majority of the signatories also directly benefit from the mechanisms of fairness of review processes within publishing in order for their ideas and words to see the light of day. This letter is then addressed to the heads of the universities and publishing houses of those who signed the Hypatia letter, which not only set out to have an article disappeared, but contributed to a cultural climate in which debate is stifled and individuals are demonized. These signatories participated in a purposeful, modern-era witch hunt whereby some of the most privileged in academia and publishing created a groundswell of opprobrium for a junior scholar--one that can be reasonably expected to have serious ramifications for her career and reputation.

Many of us have watched in astonishment and horror over the last few years as identity politics has been used as a cudgel to disappear the material condition and facticity of the world, be it social or scientific. Instead of nurturing dialogue with one’s interlocutor, a climate of taking irrational, unscientific, and reactionary dogma has been championed by the academy and the general media. And anyone who has dared to question, critique, or even—as in the case of Tuvel—subject it to rigorous logical scrutiny in an effort to expand its application, has been met with shaming at best and abuse at worst. This alarming call for the silencing of an academic who made a good faith argument has left little room for doubt that the proponents of this dogma will brook no questioning of it. We believe that the signatories to the Hypatia letter have engaged in a call for de facto censorship and deep intellectual dishonesty to intimidate not just Tuvel, but anyone else who might consider offering a contrary opinion or perspective.

The signatories sent a clear message: no inquiry into the function and precepts of the prevailing philosophy of gender will be tolerated. We unequivocally reject this message and affirm our right to question, critique, and rebut any and all philosophies or viewpoints, regardless of how much academic support they may have. We recognize the Hypatia letter as an egregious example of a growing authoritarian trend when it comes to engaging certain topics. We refuse to bend to it. We condemn the attempts of academics and others to silence and erase from public view an opinion solely because it does not fall within the discursive parameters that they have taken it upon themselves to set. We assert that the academics who signed on to this letter betrayed their fundamental duty as scholars to encourage—even demand—rigorous examination and robust discussion of ideas.

It is supremely ironic that Tuvel’s acceptance and application of many of the core arguments used to buttress one of the prevailing views of a certain type of identity, when applied to another social domain has, conversely, sparked such outrage. It is difficult for us to draw any conclusion other than that Tuvel--however inadvertently--has shown the hollowness of such ideas and that those who expound them can proffer no credible defense. The letter and the demand for retraction show nothing as much as a thorough inability to logically rebut Tuvel’s argument.

And there is a glaring paradox at the centre of this affair—that one of the better known signatories has previously written the following:

This attempt to purify the sphere of public discourse by institutionalizing the norms that establish what ought properly to be included there operates as a preemptive censor. Such efforts not only labor under a fear of contamination, but they are also compelled to restage in the spectacles of public denunciations they perform the very utterances they seek to banish from public life.

We find it difficult to fathom how this individual can reconcile these sentiments with a letter that calls for the silencing of a scholar without even a cursory attempt at counter-argument. We again note the irony. This professor and her co-signers have advanced an onslaught of harassment towards an individual whose ideas are merely an application of their own theories and belief-systems. This amounts to an abuse of power on the part of influential individuals ensconced in powerful institutions. In endorsing this call for the silencing of a good faith and rigorous effort on the part of a scholar, they have shown themselves to be inadequate models of scholarly integrity and intellectual honesty.

We are not all scholars or academics. Our political affiliations and outlooks vary in numerous ways. We are professionals and laypeople; workers and readers; some of us are activists and some are not. Many of us do not agree with the premise of Tuvel’s article in fact, but we wholeheartedly support open debate and the freedom of intellectual exchange through the medium of publishing. We believe that we must confront three distinct issues:

We are a diverse group of people who understand that ideas matter and that intellectual trends impact the society at large. They affect law, media, medicine, culture, language, and politics; they affect how we are educated and how our workplaces function; and, as this episode has made abundantly clear, they can even determine who is allowed to express an opinion and who isn’t. Because of this, vigorous and open debate and discussion is essential. We see in the Hypatia letter a clear attempt to incite fear in anyone who dares to not show unswerving deference to certain propositions and we condemn it in the most unequivocal terms. Unlike “A Majority of the Hypatia's Board of Associated Editors,” whose apology showed a craven eagerness to abandon basic principles of free speech and editorial integrity, we stand strong in our commitment to open discussion and assert our absolute right to question ideas and to shape alternate views.

[This open letter is being sent to the provosts and other chief administrators and editors who serve at the institutions with which the signatories to the Hypatia letter are affiliated.]