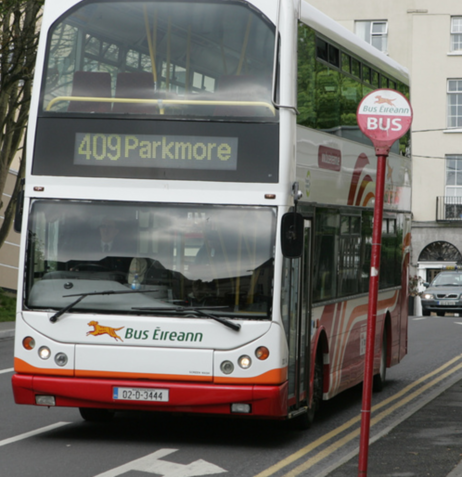 An Express Bus for Parkmore Galway

With traffic in Galway city getting worse with each passing day and no chance of improving any time soon it's time that an express bus between Galway City Center and Parkmore was started. Ideally there would be one run each hour, preferably in the 12 minute past slot so as to ensure that staff working in Parkmore would have a chance to utilise the service.

An express bus would allow drivers to actually make use of public transport in the city as currently it simply isn't worth their time given that on any given day the 8am bus can take close to an hour to get from the city center to Parkmore, this morning (September 27) the 8am 409 bus took 58 minutes to complete its journey.

When getting from Galway city center to Parkmore and back can take close to 100 minutes each day it simply isn't a worthwhile service. An express bus would drastically cut down on the time and offer a better all round service. Something as simple as bypassing the Doughiska road would drastically cut down on travel time. On days when an express bus has been run and avoided this area instead using the dual carriage way the travel time has been considerably shorter.