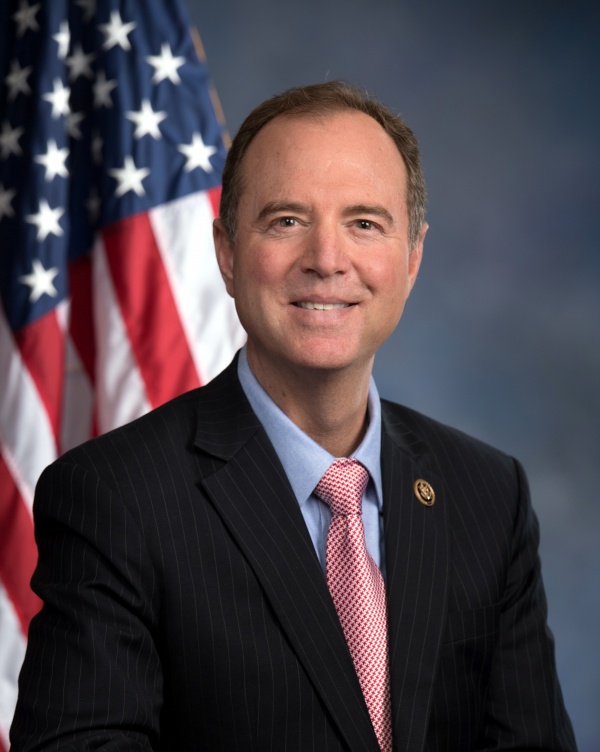 I am a constituent of well known Representative Adam Schiff. He is guilty of the following crimes: Misprision: let us note the exact definition. 18 U.S. Code § 4 - Misprision of felony

Whoever, having knowledge of the actual commission of a felony cognizable by a court of the United States conceals and does not as soon as possible make known the same to some judge or other person in civil or military authority under the United States, shall be fined under this title or imprisoned not more than three years, or both.

That's precisely clear. Adam Schiff has known of the Federal felony crime of Human Trafficking at least since my email of September 26, 2020. In five months, he has done nothing. In short, he has "concealed" and he has failed to "make known" this heinous crime.

Having contacted him over a hundred times since, Adam Schiff has demonstrated not only his complete contempt for the law, but also his deep support for human trafficking of children for pornographic purposes.

Everything about this is illegal from a Federal level, a state level, from a human rights level.

The Federal DOJ should launch an immediate investigation of Schiff's support for Human Trafficking.

Who is behind the human trafficking? Los Angeles DCFS, a rogue government organization that engages in wholesale child abuse, kidnapping, and murder.

Speaking of murder: my ex-wife, Liz Taylor (the boys' mother) disappeared or "was disappeared" on August 24, 2020--six months ago! Kanaan Ng of DCFS has repeatedly boasted of murdering her. Ng has a long history of violence and had tortured Liz Taylor before and we have photographic proof plus an eyewitness, Chanttel Briseno.

Why has Adam Schiff not called for a Federal investigation to get to the bottom of this child abuse, child trafficking, and murder?

Because Adam Schiff is complicit.

My congressional representative, Adam Schiff, allows murder and torture and child abuse and human trafficking to happen. He is complicit by his silence.

But above all, my sons, now held in a secret prison awaiting trafficking, need to be freed by law enforcement and brought home to me, the father who loves them.

Each day I will contact President Joe Biden, Amnesty International and the press.

Unless law enforcement steps up, my beloved sons Nikolay and Kennedy will be trafficked on April 1, 2021. That is only 40 days away as I update this petition on February 20, 2021.

They were in fact trafficked.

Kill the mother, adopt the children.

Is that right, Adam Schiff? Silence is complicity.

I gave Adam Schiff the chance to reply, and asked him two questions:

Congressman Schiff, on May 25, three high ranking government employees, Bobby Cagle, Mark Cheung and Amy Jaffe, all claimed that they were eyewitnesses to you raping and killing children. For example, Bobby Cagle, director of Los Angeles DCFS, stated the following for the record, and to be submitted to Attorney General Merrick Garland.

61 days have gone by (as of today, July 25, 2021) since the original accusations, and that number will go up. Adam Schiff has never responded to me, his constituent in 61 days and counting.

The evidence shows and his tacit confession indicates, that Adam Schiff rapes and kills children.

I call on President Biden to do the following.

Call for a full, honest investigation of Adam Schiff.

Let's bring my sons home and get some justice, no matter how late.