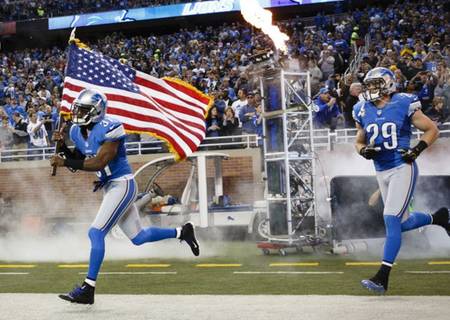 The Dallas Cowboys have money, buildings, cheerleaders, Super Bowls and Jerry Jones. They also have Dez Bryant, a player who isn't loyal and wouldn't play unless he got a new contract. First of all we play every year on the famous holiday to represent the beginning of American Settlement, Thanksgiving. That's special to the city to have there football team play on one of the most celebrated holidays in the country. Not only that we have great loyalty to the team from fans. The lions represent hard work and dedication and even though we might fall. You know we will get back up. It's that how America should be viewed? Not only do we have good people, we have a great city. Detroit is coming back better than ever. We have had tough times in Detroit with all the bankruptcy and stuff like that. WE have to show that the city of Detroit will not stop until we have been restored. That will take a lot of hard work and dedication, but that is what you have to do to make it in this beautiful country. The Detroit Community is what brings the Lions together. That's why the lions should be America's football team.