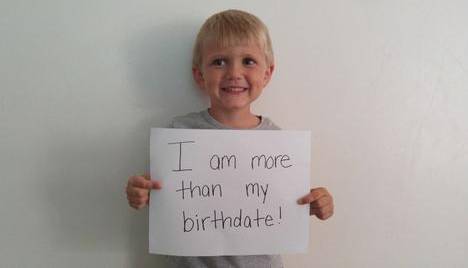 This petition is intended to amend the existing requirements for a child to enter Kindergarten in the state of Utah. The petition requests that children whom turn 5 on or before October 1 (at the request and expense of the parent(s) or legal guardian(s)) have a social and developmental test administered to verify their levels are at or above children entering kindergarten in sought after year. If the tested child is at or above children entering kindergarten, that child would then be allowed to enter also. Currently the law does require pre-kindergarten testing as well as throughout the school year, so the information already exists within the state system. This would allow children to be encouraged to continue their education as opposed to being told they cannot attend for an additional year because they miss the requirement by mere hours. Current research supports this amendment. This amendment would also save the state education budget significantly on funds that are currently being used to assist with children whom are bored in class and advanced beyond their peers and therefore become a disruption to class and require additional time from administration over a course of several years if not their entire early education and beyond. We currently have many programs in place to assist children whom are behind their grade level or whom have disabilities, but we do not have anything to assist children whom are ready to start kindergarten, but miss the requirements by mere hours or days.

(6) Except as provided in Section 53A-1-1001, a board may enroll children in school who are at least five years of age before September 2 of the year in which admission is sought. (http://le.utah.gov/xcode/Title53A/Chapter3/53A-3-S...)