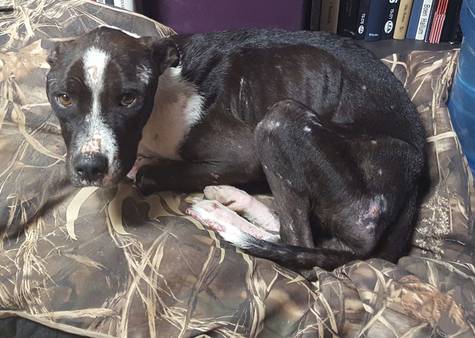 TO: THE MISSISSIPPI LEGISLATURE

We the undersigned respectfully encourage the Mississippi legislature to support proposed amendments to 97-41-16, The Dog and Cat Protection Law of 2011, which addresses the protection of cats and dogs from egregious cruelty and suffering.

Every day law enforcement personnel are tasked with protecting the citizens of Mississippi. However, our brave men and women should have the tools available to enforce crimes against animals, especially when those crimes could lead to violent crimes against people. Our current law is still the second weakest in the country.

The FBI approval of recommendations to include animal cruelty crimes within the Uniform Crime Report - National Incident Based Reporting System will most certainly advance how law enforcement officials understand and act to prevent these often violent crimes.

Effective in 2015, animal cruelty crimes are now considered a crime against society and a “Type A” offense with four categories: simple/gross neglect, intentional abuse and torture, organized abuse and animal sexual abuse. The crimes will be reported as a separate, distinct category, along with other major offenses like murder and assault.

One of the reasons for this change may stem from the numerous studies which suggest animal cruelty is a red flag for future violent crimes against humans. The FBI has been aware of this “link” for decades. FBI Special Agent Alan Brantley stated that when the agency conducted interviews with 36 serial murderers and asked them about their histories of animal cruelty, many described killing and torturing animals as children. Forty-six percent admitted they had harmed animals in adolescence. See: Lockwood, R. & Church, A. (1996).Deadly serious: An FBI perspective on animal cruelty Humane Society News, Fall, 27-30.

In August 2015, Jackson MS, a mother of young children allegedly burned a cat alive in her driveway and let it suffer, then laughed about how it was still lying there breathing. She still has not been arrested. This same woman has an extensive violent history against people already and shows she has no regard for life.

With meaningful penalties for animal cruelty against dogs and cats, we can hope to deter some of the calls coming in regarding cruelty or at least stop the repeat offenders, be proactive in protecting our communities from violent criminals and have a law that is comparable to other states.

If we had a strong law in 1997, would Luke Woodham have been stopped before killing his mother and classmates?

Let’s work together to prevent another Pearl school shooting incident and stop violent offenders where they start, with animals. First offense felony of malicious intentional torture of an animal is needed in MS.

We thank you in advance for your support of this common sense legislation that will help keep citizens and their pets safe.