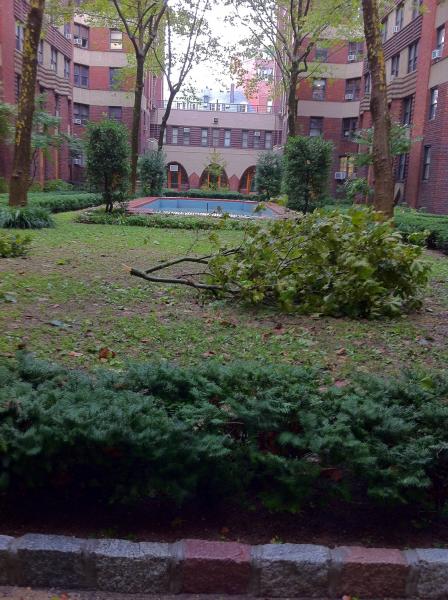 It’s been brought to our attention that the upcoming Board elections do not comply with Amalgamated's By-Laws, nor the state Business Corporation Law.

It's important that we follow the rules; and several of our neighbors would like their fair chance to run for election (and we'd like the chance to vote for them).

Please read and sign the attached petition if you agree that we should postpone elections until the rules are followed.

Your signature is urgently needed as the meeting is currently scheduled for December 19, 2013 (as an example of the issues this is a revised date which has not yet been publicised by the board...)

Amalgamaters for a Fair and Transparent Board Election

We, the undersigned Stockholders of Amalgamated Dwellings, Inc., a New York domestic business corporation, have joined together over a shared concern about the Board of Director’s lack of compliance with our By-Laws and the New York Business Corporation Law (“NY BCL”), which governs our co-operative. We are particularly concerned that this year’s Stockholders Meeting and Board election has been run improperly and without regard to the appropriate procedures set forth in our By-Laws and the NY BCL, actions which disenfranchise the Stockholders as a group. We believe the Stockholders of Amalgamated are entitled to a fair and transparent election and to regular Stockholder’s Meetings.

We respectfully make this demand of the Board for the following reasons:

1. Written notice of the Stockholders meeting (and any subsequent postponements) was not mailed or given personally to each Stockholder entitled to vote, at such address as appears on the stock book of the Corporation not less than ten, nor more than forty, days prior to the date of the meeting, as required by Sections 1 and 2 of Article I of the Bylaws of Amalgamated Dwellings, Inc. (the “By-Laws”).

3. A duly-appointed Election Committee (consisting of members who are not running for election, as described above) did not establish election procedures or notify the Stockholders of the procedures at least forty-five days before the Stockholders’ meeting, as required by Section 3 of Article II of the By-Laws.

4. The notice concerning the election procedures sent by the President to some Stockholders specified that anyone standing for Director must have been a stockholder for at least 12 months prior and also must be in “good standing”, a vague and imprecise standard which misrepresents the Qualifications to be a Director, as established by Section 2 of Article II of the By-Laws.

We look forward to the Board’s full compliance. Be guided accordingly.