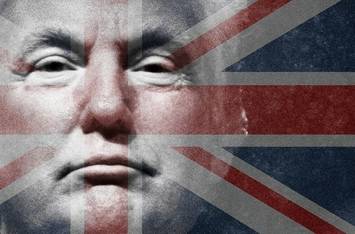 Allow President Trump into U.K. For state visit. Despite all the ongoing petitions and protests.

I think it's ridiculous what's going on around President Donald Trump , all the negative media coverage ect.

And now the protests and petitions! He's not banned certain nations completely! it's a tempary thing until he sorts the mess what's going on in the US and the UK.

I personally think it will all be a good thing In the long run as all he's doing is regaining control of his country which is what he promised in his speeches.

Am not even from the U.S but from the U.K. And can see what's going on it's ridiculous!

So am asking all the people that agree with President Trump's tempary legislation and its for the good of the country as there's some bad people in this world so called ISIS who are being dishonest coming into the U.K and U.S and other countries claiming to be "refugees" and are probably planning on doing nasty things in the future to are countries because we let are guards down by allowing the "fake refugees" into are countries who only have intentions in causing major tragedies as we've all witnessed. It needs stopped and looked at and the bad people need vetting out and returned to there orgin. Sign and share away

Media are banging on about the 1million plus signings For him to be "banned " from his state visit to the U.K. It's ridiculous he's doing what we in the U.K. Need to take note and realize the good from the bad in the country and get the bad out for are kids and families futures.