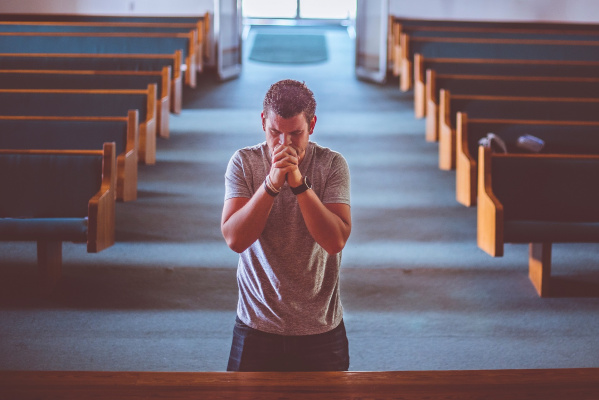 Allow kneeling during the Communion Rite.

Peace be with you and may Our Lord fill you with His wisdom, grace, and blessings.

We, the faithful, encourage you to relax your position on the Communion Rite posture policy, first promulgated in 2003, which enforces the policy of standing after receiving Holy Communion. Since the Diocesan Bishop may adapt actions and postures to the customs of the people, we further encourage you to reinstate the policy from the General Instruction to the 3rd edition of the Roman Missal (2002): “…The faithful kneel after the Agnus Dei…” We are aware that the right to kneel has been secured by the Holy See, but we would very much like to have the encouragement and support of our bishop. Let the posture of kneeling bring uniformity.

We believe this posture of reverence best gives glory to God, deepens the faith of the believer, moves the heart of the unbeliever toward the truth of the True Presence, and can foster unity in posture during the Mass. Ironically, some parishes received your letter on the same day we heard this for the Second Reading: “…at the name of Jesus every knee should bow, of those that are in heaven, on earth, and under the earth…” (Philippians 2:10).

To many of us, kneeling resonates in our souls as the proper posture for these parts of the Mass, and we don’t understand the logic behind standing. Joseph Cardinal Ratzinger (now Pope emeritus Benedict XVI), in The Spirit of the Liturgy, laments that “There are groups, of no small influence, who are trying to talk us out of kneeling” (pg 184). He further explains how the Scriptures show the importance of kneeling. In them, we read about the night Jesus gave us the Eucharist and how he entered into His Passion by praying on his knees, giving us an example of the right disposition and posture one should have both in preparing to receive Holy Communion and after reception.

The book of Revelation gives us a peek at the heavenly worship, which faith tells us we participate in through the Mass. In this heavenly worship, the elders fall down before Our Lord whenever glory, honor, and thanks are given. Using this heavenly worship as a model, we see how appropriate the posture of kneeling would be when the priest, in persona Christi, lifts up our Eucharistic Lord and says, “Behold, the Lamb of God.”

We also read how the leper in Mark 1:40 falls to his knees before the Lord, saying, “If you will, you can make me clean.” His prayer is strikingly similar to ours. “Lord, I am not worthy that you should enter under my roof, but only say the word, and I shall be healed.” Like the leper, we long for Christ to answer our prayer. Like the leper, we trust in His power. The leper, however, did not know the Divine nature of Jesus, like we do. Therefore, we have even more reason to be on our knees for this prayer.

Joseph Cardinal Ratzinger ends this section on kneeling with this: “It may well be that kneeling is alien to modern culture — insofar as it is a culture, for this culture has turned away from the faith and no longer knows the one before whom kneeling is the right, indeed the intrinsically necessary gesture. The man who learns to believe learns also to kneel, and a faith or a liturgy no longer familiar with kneeling would be sick at the core. Where it has been lost, kneeling must be rediscovered, so that, in our prayer, we remain in fellowship with the apostles and martyrs, in fellowship with the whole cosmos, indeed in union with Jesus Christ Himself.”

Belief in the True Presence dwindles. Let us kneel. Do not encourage us to stand at these parts of the Mass where our hearts beg us to kneel, but rather let us worship Our Lord, who we truly believe is present in the Eucharist. As it is, very little quiet time is given for the faithful to offer prayers of thanksgiving, praise, and love to the Lord their God who has humbled Himself to become their food. To discourage kneeling after the reception of Holy Communion will reduce the amount of time for such prayer even more.

We are in a spiritual battle that grows more volatile every day. Notre Dame went up in flames. Hundreds of other Catholic Churches have been recently vandalized too, including St. James Catholic Church in Lakewood. The persecution of the Church intensifies--Christians tortured and murdered in record numbers in Asia, Africa, and the Middle East. The faithful in Sri Lanka can no longer attend Mass. Here in the US, the faithful are labeled “haters” and laws are being created to punish those who stand for Catholic moral teaching. The priest sex-abuse scandals continue to rip apart the Church from within, increasing the already large numbers of Catholics leaving the Church. And studies show that the faith has been watered down so much that over half of the Catholics in the pews no longer believe all the Church’s beautiful, transformational, and saving teachings. Many no longer believe in the True Presence.

Lex Orandi, Lex Credendi. As we worship, so we believe. In this dark culture, we need signs, symbols and reverent postures. We need solid and unwavering faith, intense devotion, and courageous witness. Let us kneel before our Eucharistic Lord so that the lukewarm may have their hearts set on fire and the believer may grow in deeper faith, and so that the unbeliever’s heart might be touched, and all the world will know: Jesus Christ is Lord.