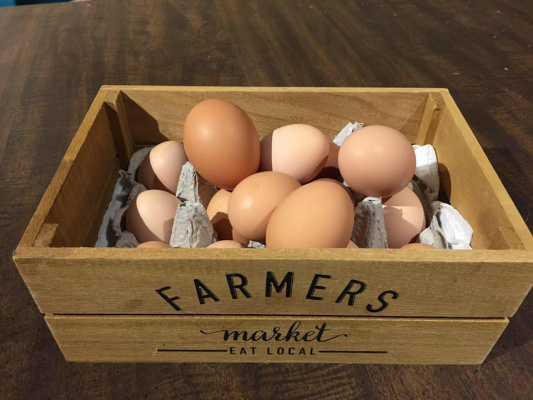 People all over, including many of us here in Lockport, are craving a more natural approach to living. Farmer's markets, craft breweries, and farm-to-table restaurants are popping up everywhere. Home vegetable gardens and backyard chicken keeping are natural extensions of this trend. We, as citizens of Lockport feel that the laws that govern the residents of this city should keep with the times to reflect this trend.

For thousands of years, chickens, like dogs and cats, have lived alongside people in backyards large and small in cities and small towns. Unlike a half‐ton bull or 400‐pound hog, a six‐pound hen is not inherently a farm animal.The typical laying hen starts to produce at four to six months, lays nearly daily until she is 6, and then lives another two years. A crucial point is that for backyard chickens (unlike their counterparts on farms), the end of productivity does not bring on the end of life. Commercial chickens are bred to produce large numbers of eggs very quickly and then to be culled and used for such things as animal food and fertilizer. Suburban hens, however, are treated as individuals. They are typically named, and when around age 6 they stop producing eggs, they are ‘retired’ and treated as pets for the remaining year or two of their lives.Chickens are friendly, social, intelligent, affectionate, entertaining, low‐maintenance,small, quiet, and inexpensive to keep. They are quieter and cleaner than most dogs.They uniquely offer suburban and city‐dwelling children the opportunity to understand a little more clearly where their food comes from. And they offer all of us the opportunity to produce a little of our own food.

1. Single family homes within the City of Lockport shall be permitted to keep laying hens for household egg gathering.

3. Chickens and their enclosures must be at least 15 feet from property lines and not visible from the street.

4. Enclosures must be attractive and well‐maintained.

5. Chickens and their enclosures must be kept in a neat, clean and sanitary condition free from offensive odors, excessive noise, or any other condition that would constitute a nuisance.

By signing this petition you are letting the Lockport City Council know that you support a change to Lockport Code of Ordinance 90.03 (A) to allow for the keeping of chickens within the City of Lockport.