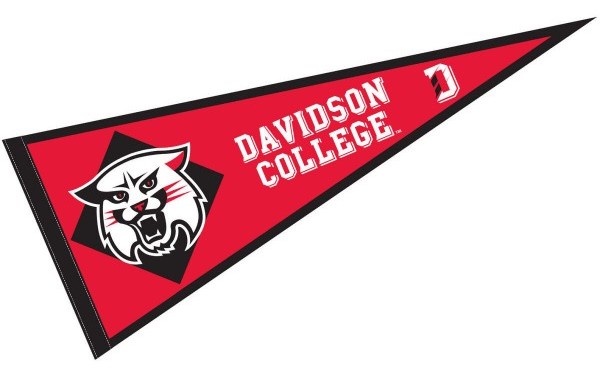 RE: An Open Letter to The Trustees, Administration, Faculty, Alumni and Current and Future Benefactors of Davidson College

Over the past few months, a group alternately referring to itself as “Former Trustees of the College”, “Davidsonians for Freedom of Thought & Discourse” (DFTD), or by name and graduation year (range: 1957-2019; average: 1976) has emailed Davidson College alumni and benefactors to express “profound concern for our alma mater” based on “Davidson’s direction and the criteria (that) should predominate in the selection process (for a new College President).” Their communications of May 18, August 16 and September 20 of 2021, and the push-poll survey mentioned below, are attached for reference.

We are proud alumni of Davidson College. We are particularly proud of the many ways in which Davidson has dismantled ideologies of the past to move ever closer to achieving our motto: alenda lux ubi orta libertas. Let learning be cherished indeed, where liberty rises from the ashes of many of our history’s worst traditions. Davidson’s intentional (if gradual) separation from its racist and sexist past – in deciding to admit first African (1962) and then Black American (1964) students, then admitting women students (1972), then hiring Black faculty (1974), electing a Black student body President (1993)*, and more recently hiring its first woman President (2011) – are all causes for celebration. Worth celebrating as well is Davidson’s more comprehensive reckoning with our racist and sexist past via curriculum, courses offered, speakers brought to campus, attention to issues of inclusion/exclusion in campus culture, and more.

Movements toward justice, of course, have a tendency to provoke strong reaction from those who benefit from the status quo. Indeed we are witnessing it here in the reactionary** assertions and disingenuous tactics that DFTD and its supporters have used in an attempt to coerce the current Board of Trustees and Administration. They are attempting to revert to a campus culture and set of Presidential selection criteria more suited to the prevailing attitudes of a half-century ago than to 21st-century America.

When a self-identified group of “leading Davidson alumni/ae, including current elected federal office holders, highly successful businessmen, nonprofit luminaries, and public intellectuals and journalists”*** engages in negative publicity campaigns and makes implicit and explicit threats to withhold funds from the College unless the Trustees make unprecedented changes to the Presidential search process that would give select benefactors an outsized voice in selecting the next President; when that same group abuses privacy of information to access contact lists and send repeated unsolicited messages to hundreds of alumni; when that group targets alumni benefactors with a push-poll designed to generate a set of ostensibly “independent” data to present to the Trustees in order to influence its work in selecting a new President – those of us in the broader stakeholder community who love Davidson College and admire its progress in recent decades are compelled to assure you that DTFD and its affiliates do not speak for us.

Having watched the evolution of the college over the past +/-30 years, and being in a position to support it for the next +/-30 years, we want to convey to the Presidential Search Committee and to the Board of Trustees our full-throated and multi-pocketed support of your work to keep pushing Davidson College ahead, and never letting it be pulled backward. We will always love and support Davidson, because of what it has meant to us in our lives, and what it can mean for future generations. All we ask is that you continue “to assist students in developing humane instincts and disciplined and creative minds for lives of leadership and service.”

It’s what you were meant to do, and it is a forward-looking project, always. Don’t look back.

The very best of luck to you in the search for a new President. May you continue to break new ground!

* Currently serving on the Board of Trustees, and as Chairman of the Presidential Search Committee