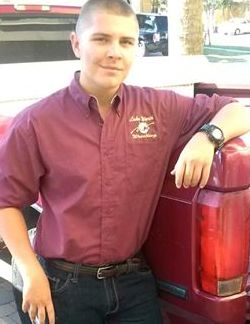 Our oldest son is facing expulsion in Walton County, GA. We recently moved here from South Florida where our 16 year old son was an Honor student, president of the Medical Honors Society, member of the National Honor Society, and Wrestling star at his high school. Less than a week being enrolled in the local high school in Georgia our son drove his new friend to pick up his girl friend from a neighboring school. His friend thought it would be awesome to fly a rebel flag out of the back of the red pick up truck they were driving. (***We are from a VERY racially diverse area in Florida. Our son has NO racial hatred or any form of racism in his heart at all. The Rebel Flag, as his friend explained simply meant pride in the south or in Georgia. He now knows the flag means much more to other people) They had just worked on a pickup truck and my son had a small pocket knife in his pocket. He had used the pocket knife to cut a water pipe or tube of some sort on the truck. He hadn't even washed the engine grease off his hands. At 3:35 PM the boys parked in an empty parking spot. There were NO signs to delineate teacher parking from student parking. A few minutes later, right before the school bell rang they pulled into the parent pick up line. They were approached by the school's principal and the school resource officer, who happened to be African American, and told to get out of the parent pick up line. They were told to get out of the truck and take down the Rebel Flag (not against the law and within their constitutional right to fly a Rebel Flag... although it was STUPID because as our son now knows, it is offensive to some people). As our son got out of the truck the School Resource officer noticed his pocket knife. Mind you, our son was not going to school. He was not getting out of his truck. He was not planning to enter the school. He was simply picking up his friend's girlfriend. His truck was searched. A small hatchet was wrapped in the boys' camping gear they had used the night before to camp in the woods. Our 16 year old son repeatedly asked to call us, his parents. He was not allowed to call us. He was detained and not allowed to speak. He was threatened with arrest when he tried to pull his phone out to text us. Felony charges were pressed against him for bringing "weapons" on to school grounds. The neighboring school called our son's new school and he was immediately suspended pending a hearing which the school asked for permanent expulsion of our 16 year old honor roll student. THIS IS LUNACY!!!! There was never any intent to harm anyone or even leave the truck for that matter. We are fighting the charges against our son and trying to get him back in school. We are NOT rich and can not afford a lawyer. We hope that if we can get enough signatures online we can somehow help our son. We immediately pulled him out of school to try to save his record and reputation. We enrolled him in a private home school program and he excelled but it became so costly we could not afford it any longer. So now we are forced to fight the system... with so many children wanting to quit school our son is begging and pleading to be given a chance to complete his education! Please help!