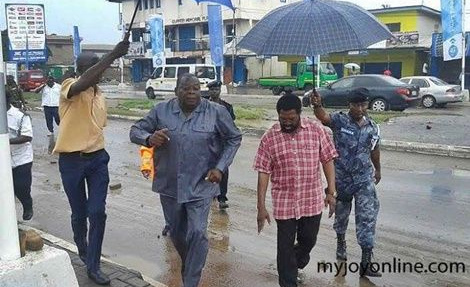 Every life of a Ghanaian means something. And yet almost two hundred of those lives were lost as a result of the incompetence and negligence of city authorities, planners and inspectors. All those people are at post as if nothing happened. I consider the deaths of those who died in the 3rd of June 2015, a murder. The man who had been running the city for the past few years is Dr. Vanderpuye. He is paid with our tax payers money, for which he should work to protect us. He has failed and has not even made any move to resign. I saw him on tv inspecting the flood situation with someone holding his umbrella for him. That was my last straw. If you believe should resign and be prosecuted in the courts of law for willful negligence which has resulted in murder of innocent citizens of Ghana. Then join me in signing this petition to present to our parliament. Its time to act. We The People Must Take Control Of Our Destiny.