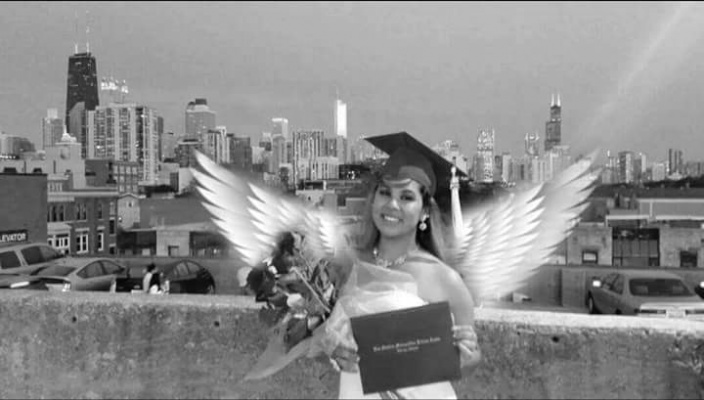 On Oct 19, 2014, 18 year old Alexandria Burgos was an innocent victim of gun violence she was fatally shot in the 5300 block of West Oakdale Avenue. She was sitting in an apartment when gunfire erupted outside and one of the bullets came through the window and struck her.She was doing all the right things in life to be successful and she never had the chance to reach her full potential because an unknown person decided to shoot in to a house full of people. Alexandria had recently started a new job at a YMCA . Alexandria was a loving ,beautiful,smart young lady with her entire life ahead of her . She was a daughter to Millie & Raphael and a big sister to Chris.She was a freshman at Wilbur Wright College. Her goals, and dreams was wanting to be a Social Worker to work with all children. She also had a love volunteering, she also worked at the Chicago park district working with the youth, She could have been the next Alderwoman, Congresswoman Mayor or the next president But she will never have that chance because her life was cut short. The Burgos family would like to honor Alexandria's memory by naming the street that she grew up on after her.Please help us to accomplish this by signing this petition.