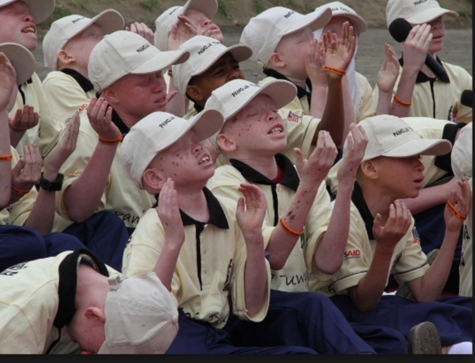 Albinism is a rare,non-contagious, genetic condition present at birth that results in absence of pigmentation in the eyes, skin and hair. It is estimated that between 7000-10000 people live with albinism in Malawi.
Erroneous beliefs and superstitions have put the safety and lives of people with albinism at risk, including from killings, abductions, and mutilations. Societal attitudes about albinism are not changing, and people with albinism continue to be at risk of attacks with some children being abducted and sold by family members.
Two-year-old Whitney was abducted from her bed while she was sleeping in April. Baby Whitney’s skull, teeth and clothes were later discovered in a neighbouring village. Her brutal murder follows that of 9-year-old Harry, snatched from his home in February and found beheaded soon after.
Even after death, the bodies of people with albinism are subjected to grave robberies. Their bones are stolen and sold for use in witchcraft rituals.
People living with albinism in Malawi are at risk of being abducted or killed in murders associated with witchcraft. There have already been 6 reported killings in 2016 – both adults and children.
This violates articles 1, 2, 3, 5, 7, 9, 10, 12, 13, 18, 22, 24 & 25 from the human rights declaration.
Take a stand for this cause and raise awareness.