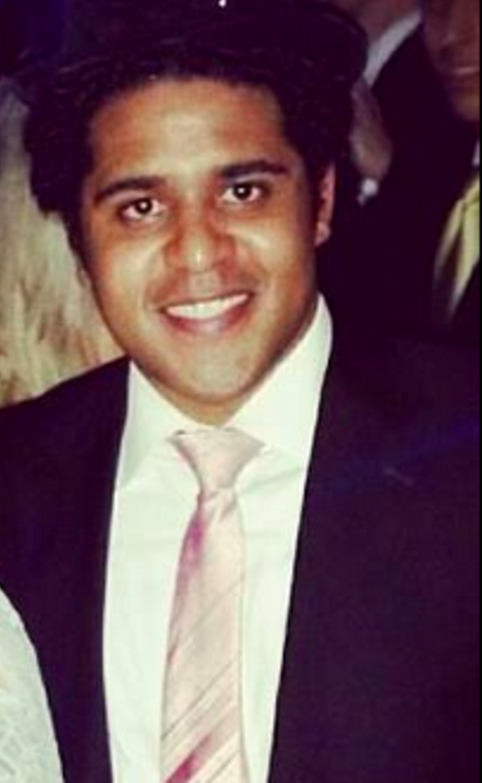 "We stand, now, with shaken hearts and rooted conviction, to speak our collective outrage for Alan Christopher Pean, a 26 year old who was inexcusably shot in the chest by a police officer, while seeking care as a patient at St Joseph’s Medical Center.

Personally, we know Alan as a brother, a friend, a son, a supporter, a man marked by tender kindness, quiet acts of sacrifice, humor, self-reflection, and patience.

Personally and professionally, we are shaken by the reality of this epidemic of police brutality, in which no one-- no son of a doctor, no college student, no tender-hearted soul of color remains immune. We stand with shaken hearts and rooted conviction, to speak our collective outrage for Alan Christopher Pean, our gentle friend, a 26 year old who was inexcusably shot in the chest by a police officer, while seeking care as a patient."

On August 27th, 2015, Alan Christopher Pean, a 26-year-old patient seeking care at St. Joseph's Medical Center, was shot in the chest with a gun by hospital security. As members of the medical community, friends of Alan and his family, it is impossible for us to remain silent on this injustice and the disgraceful violations of medical, legal, and moral ethics involved in his care. We, the medical community, have failed Alan.

By multiple reports, Alan drove himself to the St. Joseph ED late Wednesday night, August 26th. He believed that a hospital was a place he could seek safe haven and get treatment. He was in such dire straits that he could barely get to the hospital without grazing other parked vehicles. Alan presented to the ED complaining of new-onset, intense anxiety and general disorientation. He was admitted to the hospital to assess his injuries from his minor MVA. The next morning (August 27th), Alan’s parents flew from Mcallen, TX to Houston. They visited Alan at the hospital and, upon interacting with their son, they were struck by his unfamiliar behavior, speech, and general disorientation. They communicated their observations with the personnel and implored hospital personnel to obtain a psychiatric evaluation. At the very least, as the patient’s surrogate decision makers, they desired to speak with Alan’s physician. Both requests were denied.

St Joseph’s personnel communicated that they would, instead of integrating crucial corroborative provided by Alan’s parents (one who is a board-certified physician in his own right), discharge the patient against his and his family’s wishes. While assessing a previously unknown patient’s mental status can be difficult, one of its most crucial, clinically sound aspects is the corroboration of evidence by friends and family. The physicians and ancillary staff had ample access to such data and either refused to appropriately integrate said data into their evaluation or simply did not recognize its utmost importance. Both are undeniable acts of medical negligence.

Alan’s parents were devastated that they were so dismissed by the hospital staff who were supposed to be taking care of their son. While discussing where to transfer Alan’s care, they returned to the hospital. They were subsequently informed that, far from being safe to discharge home, Alan had been accosted and shot by security personnel.

Alan was--it cannot be reiterated enough--an admitted patient on St Joseph’s eighth floor. In the midst of a mental health crisis, he was confused, frightened, and vulnerable. In short, he was--and still is--a patient. Alan had recently moved to Houston to study for the GRE, continue to take classes, and apply for graduate school. He hopes to join our medical community and become a physician’s assistant. At this point, we can only pray that our friend Alan even has the opportunity to hope for a future.

Instead of offering him the best medical care for a patient experiencing one of his life’s true moments of crisis, St. Joseph’s medical professionals enabled their security division to commit an act of violence against one of their patients. Anyone who has worked in a hospital setting for any period of time is aware of the protocols and medical resources -pharmacological and nonpharmacological--at its disposal to manage any patient’s agitated or combative behavior non-violently. There are multiple methods of intervention and amelioration to protect a disoriented patient from hurting himself or others. Utilizing a gun is not an option. Utilizing a gun against a patient is anathema to our professional standards. There is absolutely zero indication for gun violence in a healthcare setting. This is an indictment, not only on the officers in question, but how rational and compassionate medical care was delivered overall.

Furthermore, the police department and St. Joseph’s Medical Center continued to infringe upon its mission to serve the well-being of its patients. The hospital barred Alan’s family from seeing Alan for nearly 48 hours--48 hours after being shot on a hospital floor. They barred a father from seeing his son. They barred a mother from seeing her child. They barred two brothers from seeing their brother. They were limited to “10 minute visits” per day and disallowed physical contact. These strict rules are those employed in prisons. Not in places of healing. This is abuse of a patient and his family in every physical and emotional way imaginable. Alan’s parents have been interrogated relentlessly as to whether Alan has a criminal record or has ever been to jail. (By the way, he has not.) The Peans are aghast at their treatment by fellow medical professionals.

Finally, as Alan lay intubated in the ICU, he was charged with two counts of aggravated assault against a public servant. Bail set. A young man who rightfully sought treatment as a patient for an acute mental crisis was shot under the care of a hospital and is now a criminal. With a bullet hole in his chest.

The legal concerns are irrelevant to the true tragedy at hand. Alan’s family simply desires that Alan get better. They wish to physically see and hold their boy. They desire to tell him that they love him and tell him not to be afraid.

-8/29/15 UPDATE: Alan was extubated, obviously in pain, but talking. The first thing he asked his family was, "is anyone else hurt?"

-9/3/15 UPDATE: 7 days after being shot, Alan is out of the hospital, walking and talking with minimal pain. He is grateful for the miracle allowing him to have survived and encourages everyone to put away the anger, address the many issues at play in his story, and learn from this so it NEVER happens again.

Momentum is a powerful thing so please take a second to sign today. Thank you for sending your thoughts and prayers to the Pean family. Please do NOT donate monetarily (no option to delete this feature).

While we appreciate your support in any form, we encourage you to sign and complete the additional fields identifying your role in the healthcare community. Please add your title in the box of name entry i.e. [John Doe, MD]