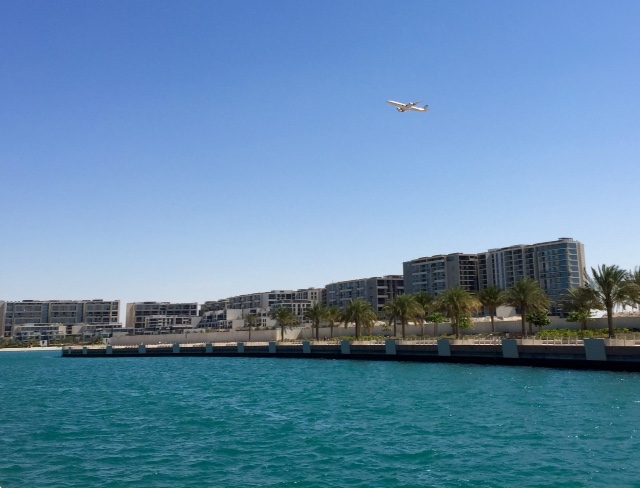 PREAMBLE - The southern runway at the Abu Dhabi airport was reopened last December 2014 after being under renovation for several months. Since its re-opening, most of the flights have now been diverted to pass above the Al Raha Beach residential communities (mainly Al Zeina and Al Muneera), where the highest volume is encountered during the night between 10pm and 4am.

As of today there is still no noise abatement program in the United Arab Emirates and no procedures put in place by the GCAA (General Civil Aviation Authority) and the Abu Dhabi airport to lessen the noise disturbance to the surrounding communities. For many months, the airplanes were taking off at the northern runway, which is around 1.5 km from the Al Raha Beach residential communities, and consequently the aircrafts' noise was not affecting nor disturbing the residents. However, since the end of last year, the residents are being concerned that the situation will only get worse in the future since the southern runway was upgraded to raise the airport capacity to above 45 million passengers per annum once the Midfield Terminal is completed. In addition, the investors fear that in a near future this new situation will also impact negatively the popularity of these beautiful communities, since more real estate projects will be on the market for similar prices without any aircraft noise disturbance. Consequently if less people are interested in renting or buying, it will affect negatively the value of their properties.

The owners and tenants of all Aldar communities on the Al Raha Beach appeal to Aldar management to meet with the GCAA and/or Abu Dhabi airport to explain the disturbance and nuisance this situation has created to everyone living and/or investing in the communities.

Since there are no noise abatement rules and regulations in the UAE, the goal would be to open a dialogue between all parties involved with the aim of improving quality of life by reducing exposure to noise; mostly during the night. We hope that the GCAA and Abu Dhabi airport will implement various strategies such as preferential runway system (most importantly a nighttime preferential runway use), noise abatement procedures with regard to thrust reduction altitudes and flight path after take off.

In conclusion, we thank in advance Aldar for their involvement with this new undesirable situation as we believe this could also potentially affect Aldar in the long term.