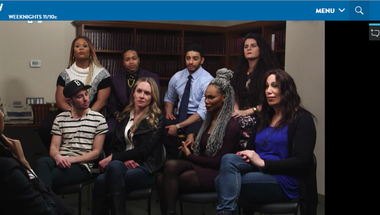 Recently, The Daily Show aired a segment covering Transgender issues such as the Anti-Transgender Bathroom Bills. Huffington Post proclaims "While the segment may seem fairly 'Trans 101' for those well-versed in trans issues and experiences, it’s amazing to see such a nuanced analysis of the implications of this “trans panic” on television and we’re grateful for it (and it doesn’t hurt that it’s hilarious too)."

If you haven't had a chance to see it already, you can view it here.

Did you LOVE what you watched? You're not alone, we did as well. We thought it was phenomenal, but there are THREE full hours worth of valuable footage omitted from the segment. The footage is both informative and pertinent to the various dialogues concerning the Transgender Rights movement.

We'd like to see more of it. If you agree, help us persuade the folx at Comedy Central to release an EXTENDED CUT of the Trans Panic Epidemic Panel by signing this petition!