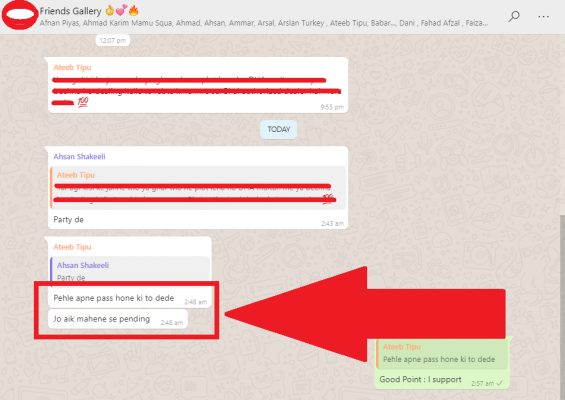 Ahsan Shakeel should give party of his success.

Mr. Ahsan Shakeel, a student of Law at The LAW School of Punjab University, passed away, his first-year exams last month. The exam took place in September Last year so the result was very late. The friends used to ask about it at in start but then stopped asking. Then one day the result came out but Shakeel did not tell any of his friends except the one who kept him asking again & again to prevent him from giving party. The mentioned friend thought that Shakeel would have told all other friends as it is nothing to hide but Shakeel did not. When in an informal meeting, the mentioned friend brought up this , all the other friends were shocked to know about. However, they absorbed truth & then asked from Party . Shakeel from that day is running away from giving party . Please sign this ptetion to compel him to party to his friends