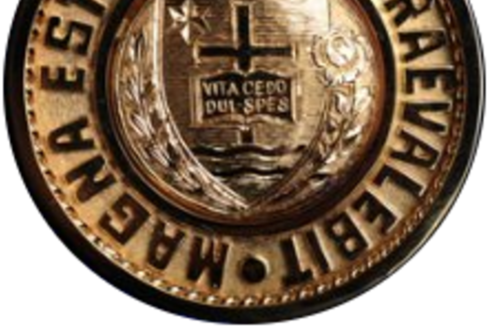 Conferring the Laetare Medal upon Vice-President Joseph Biden is Scandalous

Petition to the Fellows of the University of Notre Dame

The undersigned -- alumni, students, parents, others of the Notre Dame family and signatories concerned with preserving the Catholic integrity of the university – follow Bishop Kevin C. Rhoades in his denunciation of the University’s award of the Laetare Medal to Vice President Joseph Biden. With him, we urge the adoption of a policy that will preclude this or any award’s becoming a source of scandal and division and that will instead ensure they fully reflect the values Notre Dame aspires to teach.

The University declares that the Laetare Medal is awarded each year to "an American Catholic in recognition of outstanding service to the Church and society." The nation’s bishops have declared that politicians “have an obligation in conscience to work toward correcting morally defective laws” lest they give scandal by “cooperating in evil and in sinning against the common good.” They have designated Roe v. Wade and laws and decisions respecting embryonic stem cell research, same sex marriage, and impairment of religious liberty as such “morally defective” laws. Vice President Biden supports Roe v. Wade – he has even campaigned for loosening abortion prohibitions abroad – as well as same sex marriage, public funding for embryonic stem cell research, and the abortifacient/contraceptive mandate that Notre Dame insists violates its institutional conscience.

In sum, he has been unfaithful to his obligation as a Catholic public official and accordingly does not qualify for recognition by a Catholic institution, especially one as influential as Notre Dame, for "outstanding service to the Church and society."

Bishop Rhoades’s overriding concern, and ours, is scandal. It is, we submit, blindingly obvious that, as the Bishop says, in honoring Vice President Biden Notre Dame "can give the impression to people, including Catholics in political life, that one can be 'a good Catholic' while also supporting positions that contradict our fundamental moral and social principles and teachings." Moreover, especially given the Vice President’s notoriety as a Catholic dissident, surely Bishop Rhoades is right in saying that the university’s attempt to set aside his actions by declaring that he is being honored for something else is neither “realistically possible or intellectually coherent.” By this award, then, Notre Dame lifts up an alternative version of Catholicism that is popular with many because it confirms them in their error but that is not authentic.

We join Bishop Rhoades in urging you to protect against a repetition of episodes of this sort by "raising the bar" for the award of honors, not merely to avoid scandal, important as that is, but also to “thank authentic witnesses to the Catholic faith for their fidelity” and to “inspire others to imitate their example.” We commend to you Bishop Rhoades’s counsel:

"We should seek to honor those who act to protect human life and dignity, from conception to natural death, who respect true marriage and the family, who promote peace, justice, religious freedom, solidarity, the integral development of the poor, the just treatment of immigrants, and care for creation. We should not honor those who may be exemplary in one area but gravely irresponsible in another. We should not honor those who claim to personally accept church teaching, but act contrary to that teaching in their political choices. We should choose for honors those whose lives and work are exemplary in witnessing to the gospel and disqualify those who dissent from the truths and values we profess and hold dear."

We do not wish to close without noting also our dismay at the willingness of the university to disregard the considered judgment of Bishop Rhoades. The university’s want of deference is especially striking in view of the relative weightlessness of its interest. The celebration of civility in public life is certainly worthy, but to honor the Bishop’s recommendation by employing other means would have been small price to pay for sustaining the “close communion” with the Bishop that should exist and for honoring his “right and duty to watch over the preservation and strengthening of the Catholic character” of the university (Ex Corde Ecclesiae, Article 5).