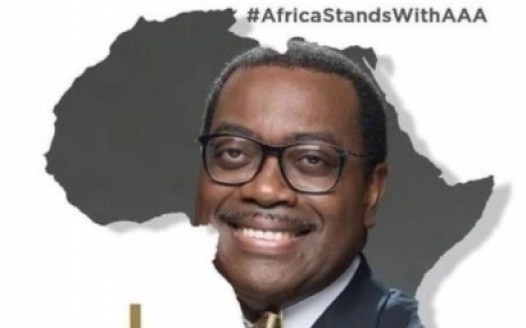 The All Africa Association of Small and Medium Enterprises (AAASME) wish to drum it's support for the embattled president of Africa Development Bank, Dr. Akinwunmi Adesina who has been in the eyes of the storm due to unfounded allegations. Dr Adesina has brought tremendous innovation to bare which has led to numerous successes recorded during his first tenure in office. In the light of his achievements he received a unanimous decision of the Africa Union head of states to proceed on a second term in office to help consolidate his first term achievement. I would like to say the allegations leveled against him are bias, unfounded and callous.

Lets together support our own who has provided African solution to African Problems. As part of the African Union Commission's Agenda 2020 which is themed: Silencing the Gun. We are saying no to these allegations.

Please we need Signatures from around the continent and world over to put a stop to this.