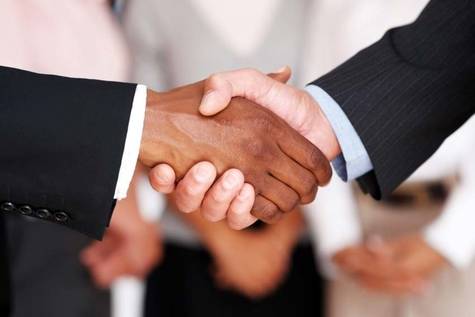 Request for a $2 billion trust, paid out in the form of; 0% interest for 5 years - guaranteed business loans for small and start-up African American minority ventures.

The need for this petition comes out of understanding the historic struggle of the African American people. By knowing the history, we can see the struggle and hardships endured as well as what advancements have been achieved and what areas still needs to be gained... But, for petition sake, the history will be kept brief...

From 1620 to 1860, the captive African descendants on American soil endured the harsh brutality of slavery for 240 years. In 1861, the Civil War was fought and the “Negro” received Freedom!... With this freedom “Negroes” were to receive equal rights, proper education, and 40 acres + a mule (resources)... This was an executive order by Abraham Lincoln, but after his assassination, it was vetoed by Andrew Johnson. Negroes received liberty, but were still subject to separation, open racism, unequal laws, oppression, and murder on a daily basis.

This continued for 100 years, then, in the 1960’s, the Equal Rights Movement lead by Dr. Martin Luther King Jr. resulted in the Civil Rights Act of 1964 and the Voting Rights Act of 1965. The African American received equal voting rights, access to better education, and more opportunity!

However, from the 1970s thru today, African Americans have experienced a strategic systemic racism... Example; During the 1980’s, under the Reagan/Bush administration, black communities nationwide were funneled Cocaine / Crack from Nicaragua. This action severely weakened community development by poisoning residents and by targeting the dealers! Hundreds of thousands have died from overdoses and tens of thousands serve long prison terms for selling it. This is but one example... Racial Profiling, Police Brutality, Mass Incarceration, Welfare Dependance, Medical Exploitation, and Eugenics (Sterilization & Population Control) are just a few others! Despite systemic racism; the desire, imagination, and ingenuity of the African American people remains strong. We have plenty of innovations, inventions, and business ventures just yearning to be realized! The problem is... we lack the resources to make our aspirations a reality. Remember, those resources from Lincoln were vetoed... we never got them!

40 acres + a mule, for that time, represented the resources needed for a basic farming business.

Reparations are long overdue!... And a form of monetary endowment is absolutely necessary!... But we are not asking for a handout!

What the African American currently has is Liberty, Equal Rights, and Opportunity... what we lack are the resources needed to fund businesses!

So, we propose a new deal!

Simple and straight forward... We the signers of this petition request of President Donald J. Trump, a $2 billion trust, paid out in the form of; 0% interest for 5 years - guaranteed business loans for small and start-up African American minority ventures. In addition, when paid back, the original loaned amounts go back into the trust and are made available to future minority ventures.