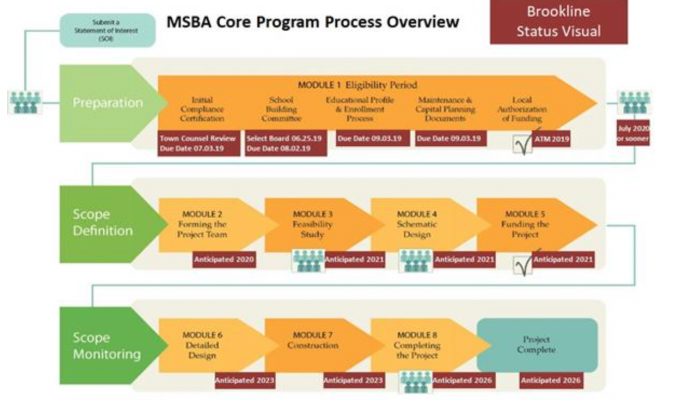 Affirming our support for the Pierce rebuilding Project!

It is our understanding that, given the many fiscal liabilities the town is facing in the future (unrelated to the Pierce project), the advisory committee (AC) recommended a delay of at least three months before having a SB vote to put the override for Pierce on the ballot. As a result of this recommendation, we understand that the support of the SC and SB for the project is now wavering. We, the undersigned, find this to be of great concern.

The Pierce School Building Committee meeting on Wednesday July 20th, 7pm-9pm, which included representatives from the AC and the SB, highlighted several likely cost increases associated with a delay, underscoring the need for going ahead with an override vote as planned.

Most critically, it was stated by AC representative Carol Levin, that when the AC formulated their recommendation, they were not aware of the very substantial costs associated with even just a three months delay in the vote for the override question. Specifically:

It is worth noting that in particular, the potential and likely loss of MSBA support will be extremely hard to explain to the voters when the state of Pierce becomes beyond repair.

It was also pointed out at the meeting that a substantial part of the cost of the project is not directly building related (e.g. geothermal wells, improvements to garages). Thus, the SB could, in theory, consider the possibility of reducing the scope of this project *without* incurring a delay, if cost reductions are the goal of the delay.

Lastly, the SB members should note that the only way to substantially reduce costs of rebuilding if we do go back to the drawing board in spite of costs and risks, is to exclude the historical building from the rebuilding. BUT, it is precisely because the SB did NOT want to be “stuck” with yet another unrenovated building that the town would need to pay for out of pocket, that the historical building was included in the MSBA plan in the first place - it was to save overall costs to the town!!

Given all of the above, we, the undersigned community members, strongly support having the override for Pierce be put on the ballot without delay.