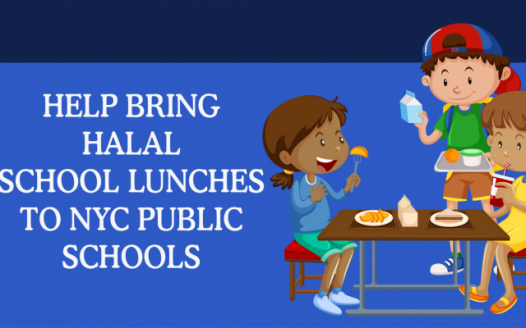 The New York City public school population comprises of nearly half a million Muslim school children and an additional hundred thousand more Jewish children. Yet, as one of the major and global cities of the world, we do not provide school lunches that adhere to the religious guidelines for observant Muslim and Jewish students, allowing them to go hungry and without a meal in an 8-hour school day.

Community groups and activists have campaigned for over a decade to help introduce halal/kosher foods to NYC public schools. In FY 18, we were successful in winning $1 million towards launching a pilot initiative in 6 out of 1,800 public schools across the city. We’ve received countless praises from children, school administration, parents, and religious leaders on how successful this program has been.

With this letter, we urge you to allocate dedicated funding in FY2020 city budget that will introduce a comprehensive halal/kosher food school lunch program in all NYC public schools. This is an investment that has three major wins:

1. Ensures that every child has equal access to a meal and that no child remains hungry during schools hours. This helps to build city institutions that are truly inclusive and culturally sensitive to large ethnic and religiously diverse communities of our city.

2. Strengthening of the public education system by giving parents and community members confidence in believing that schools are meeting their needs, and in turn, increasing the support for public schools.

3. Sending a clear message to our young children that their city cares for them and that this is a city they can truly call home.