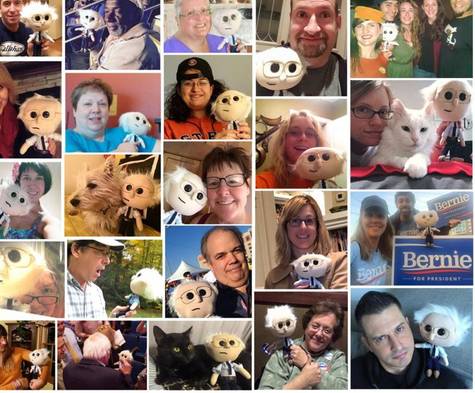 Emily Engel created the lil' Bernie doll to showcase the impact that grassroots support can have in a political campaign and has been so successful that 750 people have already ordered one through her business, Bx Custom Sewn. This adorable lil' guy would be a huge asset to the official campaign store! He's been featured in newspapers, podcasts, and gone viral all over social media. So the demand is there, it's time for us to make Bernie's campaign staff take notice. Sign today!