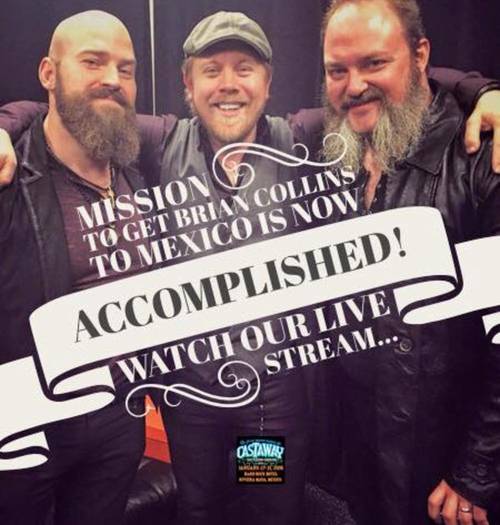 From day 1 Brian Collins had captured the hearts of music-lovers everywhere. His passion, love and genuine heart shine through not only in his music, but in the way he lives his life. Brian is a true southern soul and represents many attributes of the Zac Brown Band and Zamily. He not only Shines a Little Love wherever he goes, but he is a perfect example of You Get What You Give. His appeal to many different types of fans is a great example of what Zac Brown is all about. His songs are honest, hopeful and sincere and they move us all. Brian Collins would fit right in with the entire lineup for the Castaway to Paradise trip to Mexico in January 2016. He had worked with Zac before. He had worked with John Driskell Hopkins before and he had Danny de Los Reyes on stage with him. Much of Zamily is already familiar with Brian. His Brigade fan base is every bit as loyal as Zamily and many fans are members of both fan clubs. If you think Brian should be a part of the lineup for the Castaway to Paradise trip, please add your name to the petition: