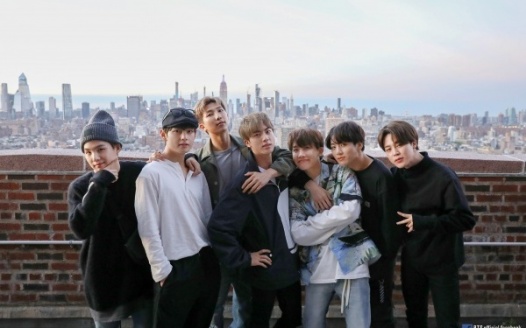 Action against FAKE rumours of BTS

1. Saying that BTS copied other artist work such as EXO's concept and lightsticks
↓
Have you ever seen EXO and BTS lightsticks? They are absolutely different from each other

2. Saying BTS are perverts because of a song of theirs called "WAR OF HORMONES" and saying how disgusting their leader is.
↓
"WAR OF HORMONES" was accused for feminism and BTS did apologize for it saying they weren't aware about it and it was let go to as they were in their late teens and you can't call RM a disgusting leader, he is one of the best leaders you will ever find.

3. Saying BTS tried to hurt their fans when V pulled the fans hair and Jin hitting the fan.
↓
BTS will never hurt their fans because they adore them (no artist will ever hurt their fans)and about V pulling the fans hair, he was just playing with her, if he was actually pulling her hair she would have got angry but she didn't mind, and Jim hitting the fan is also not true,he tried to push one of his fellow members gift from one of the fans on the floor but unintentionally the gift hit the fan instead of falling on the floor and he sincerely apologize to her also for that and she even forgave him as it happened unintentionally

4. Saying that BTS fandom are threatening other fandoms (only exo was mentioned tho) and creating fanwars
↓
I am myself an EXO fan and to be honest EXO and BTS are really good friends with each other, and as juniors BTS respects them a lot, you can even see them cheering for each other during performances. I don't know whether they know about these fanwars but you can't blame ARMY for fanwars, the reason can be any.

5. Saying that BTS are secretly dating random girls without the knowledge of their fandom
↓
I don't understand why do we or anyone else needs to know whether they are dating, celebrity or not, its their life, they too are humans, they to have feelings, and if they wanna date without their fans knowing then I don't think there should be any problem but right now for them nothing is more important than their career

6. Saying that Suga has a bad habit of cursing in their videos and showing middles finger in public and being a bad influence on teens
↓
Honestly, what do you even know? Cursing in song is not a promblem, every artist does that, no matter which language and genre, many songs have curses
And him showing middles finger in public, it was an edit made by someone (I don't know who) and Suga is way mature and sensible compared to you anti's who make rumors without knowing the truth, and if he would have ever done that it would have been for some valid reason, his company would have also acknowledged it and taken some action for that. And about teens, every teen (including me) listens to songs with curses, because in the end music is music, whether it has swear words or no so its nothing bad

Purple You ARMY and BTS