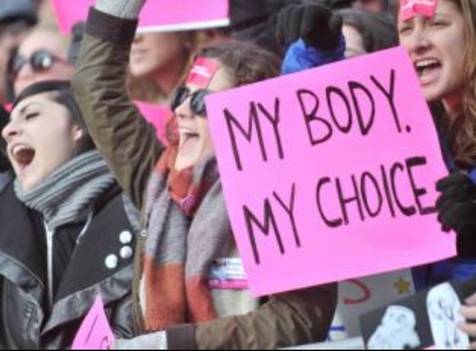 The age old debate is being brought back into light.

Abortions, the deliberate termination of a human pregnancy, is at times looked down upon for various reasons. Around 100,000 abortions are done anually, with an estimated 66 percent of legal abortions occur within the first eight weeks of gestation, 92 percent performed within the first 13 weeks, and only 1.2 percent occurring at or after 21 weeks. Concern has been brought up regarding the legalization of, to some, a "murderous" action, and while there are no legal restrictions on the issue, the procedure is not as accessible for some throughout Canada, coupled with the hatred brought on to those who undergo the action, as well as those who assist or support it. Many ideas about abortions have been used to portray a terrifying act, when in fact it could simply be the taking of a pill or a slightly heavier period. It is true, we cannot pinpoint exactly to when a fetus begins to feel, but most abortions are taken place before it even becomes an issue. By signing this petition, you are taking a stance against the negativity brought against a womans right to her body. Let's fight for a pro-choice Canada, and a pro-choice world