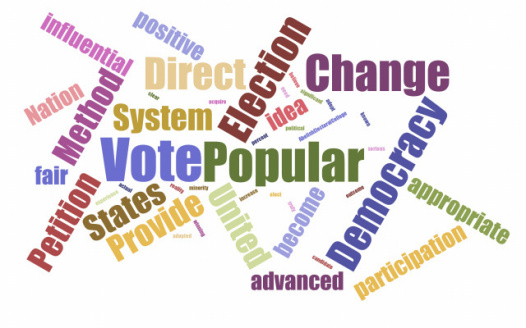 Anyone that truly takes their democracy seriously should be aggravated with the U.S. electoral college, a system that does not provide citizens with a direct vote on something as significant as the presidential election.

With the electoral college, there are multiple ways for an absurdly unfair presidential outcome to become a reality. In the worst of these scenarios, the winning candidate only needs to acquire about 23% of the popular vote to become president. This should concern everyone, regardless of where they fall on the political spectrum. The idea that we exist in a system where a minority of Americans can elect the President because of what state they happen to live in, is an obsolete and horrid idea.

The United States which has become a more advanced, more populated, and more influential nation that is in need of change. One change that needs to be made is a national popular vote for the presidential election. The popular vote, also known as a direct election, is a fair and appropriate method that would provide positive change throughout the nation.

MA Senator Elizabeth Warren is currently campaigning to have the United States end the electoral college and embrace the popular vote. She says, “We need to make sure that every vote counts… come a general election, presidential candidates don’t come to places like Mississippi… California and Massachusetts, right? Because we’re not the battleground states.” With the popular vote, presidential candidates would campaign for votes in every state, not just focus all their attention on a couple.

Additionally, many citizens believe that their vote does not matter, therefore they do not go to the polls. Once the popular vote method is adopted, the United States would experience an increase in voter participation because every vote counts.

Sign this petition if you believe that the United States should abolish the Electoral College, adopt the Popular Vote, and effectively become a more democratic nation.