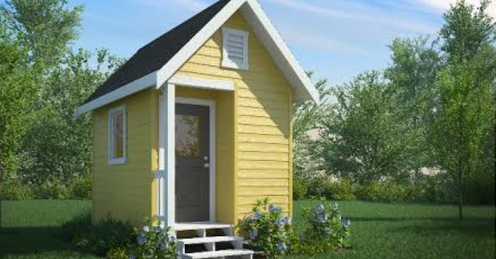 We are a group of Child and Youth Care students at the University of the Fraser Valley who are raising awareness about a housing project, Abby Digs, that aims to provide barrier free housing to homeless individuals in Abbotsford, BC.

Homelessness in Abbotsford, BC is a growing issue and the Abbotsford Dignitarian Society wants you to consider adorable tiny houses as the solution!

Although the City of Abbotsford would like to think of itself as a city where everyone has a place to call home, finding a home if you are below the poverty line, have a mental or physical disability, substance or alcohol dependency or are unable to work is almost impossible. There is a severe lack of affordable housing and in most instances landlords are reluctant to rent to welfare recipients. The Abbotsford Dignitarian society, a non-profit, non-partisan, secular group, is proposing a pilot housing project, “Abby Digs”. Named by the homeless individuals in Abbotsford right now, Abby Digs is set to provide barrier free stable housing to those who are homeless and are capable and willing to participate as contributing members in an organized community setting. The housing will be set up as a small village with 10 aesthetically pleasing, insulated micro cabins to start. Each 8ft by 10ft cabin will be fitted with heat and electricity, while a larger building will house shared accommodations like bathrooms, showers, kitchen and laundry facilities. There will also be a building devoted to providing resources and support.

While Abby Digs may be the first of it’s kind in Canada, it is not the first of it’s kind ever to be built and executed. The Society researched micro-housing communities in North America such as Opportunity Village in Eugene, Oregon and Quixote Village in Olympia, Washington and found that these communities have been successful in providing both transitional and affordable long-term housing, without public funding. Each of these villages house homeless individuals from that community with excellent success. The City has proposed a “housing first approach” to alleviate homelessness in Abbotsford, The Abbotsford Dignitarian Society believes that Abby Digs could be the solution they have been looking for. With the Abbotsford Dignitarian Society still looking for their project to be approved by the City Council, this petition is an opportunity to have your voice heard. This petition not only raises awareness about the issue of homelessness in Abbotsford, but is also a way of solidifying the public’s support of Abby Digs.

If you would like more information, you can check out their webpage: