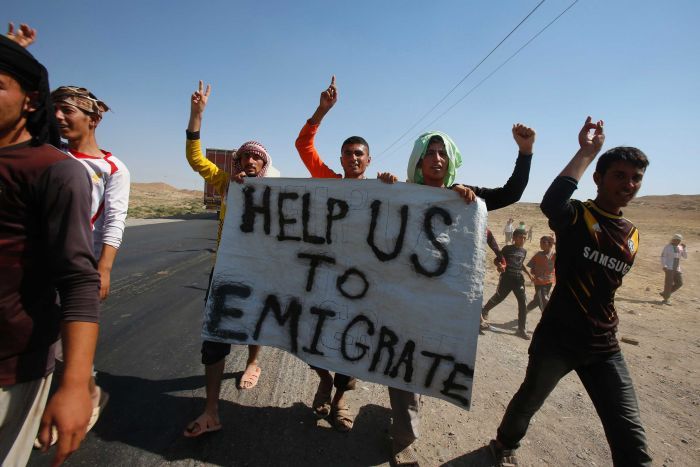 Under Australia's annual program, there are 13,750 places, but more than 4,000 visas are set aside to refugees who are "most in need of resettlement" due to desperate circumstances.

Immigration Minister Scott Morrison says the Federal Government is "deeply concerned" by the ongoing crisis in Iraq and has now listedIraqi Christians and Yazidis as eligible for Special Humanitarian Visas.

A spokeswoman says more than 1,000 places were provided last year to to people and families affected by the Syrian conflict.

Treasurer Joe Hockey says there is a humanitarian crisis and Australia needs to do its part.

"If we do not act now then it will be genocide on the scale that we haven't seen in the world for a long period of time. It is always the case that evil has its way when good people do nothing," he told ABC NewsRadio.

"We have to stop the systemic slaughter of people wherever it might be in the world."

However, Mr Marles says the 13,750 places in Australia's annual humanitarian intake is too low and it should be returned to Labor's target of 20,000.

"We need to be doing everything we can to help in the humanitarian effort. Those who are facing desperate and urgent persecution in Iraq and of course Syria," she said.

"This is doable. It is right thing to do and it makes sense."

A statement from Mr Abbott's office says he visited the Australian base in the United Arab Emirates on Wednesday night to witness personnel preparing for the mission.