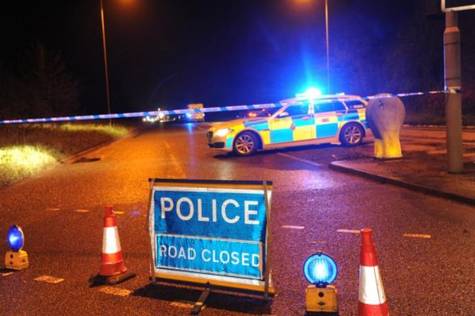 We the undersigned petition Wiltshire council to alter the road markings to create a left turn/straight-on only layout at the A350 Lacock crossroads in both directions.

The stretch of the A350 Lacock crossroads has been the site of a number of accidents for a number of years. There have been a minimum of 16 accidents there over the past ten years, at least two of them fatal - both in the last three years and the most recent being in December 2015.

Where two lanes reduce to one at the traffic lights, cars almost compete at over-taking, often straying into oncoming traffic from the opposite direction. If the two lanes were marked 'left only' and 'straight-on' instead of the current layout, it is proposed that this would greatly reduce the temptation to overtake, and reduce accidents in this area, as is evident at the junction of the A350 Melksham McDonalds, where the same alterations were made.

Edit: 29th February - 6 days after this petition was launched, another serious accident occurred at the traffic lights. A BMW driver in his 40s died at the scene. Love and sincere condolences are with his family and friends at this difficult time. Three deaths in three years.

“It is a fair point. We are doing a review at the moment of that stretch of road. I think the fact that we are looking into it says that we may have some concerns about it. The volume of traffic through the junction has increased considerably. I personally do not think there are any problems with it."

2nd March update amendment: Statement from Mr Philip Whitehead: Please note that Wiltshire Council had already planned to look at replacing the lights to include filters but in doing this will consider all aspects of of the junction in respect of safety and throughput of traffic.. We will also take in consideration the forthcoming coroner's reports on all fatal accidents at the junction. Philip Whitehead.