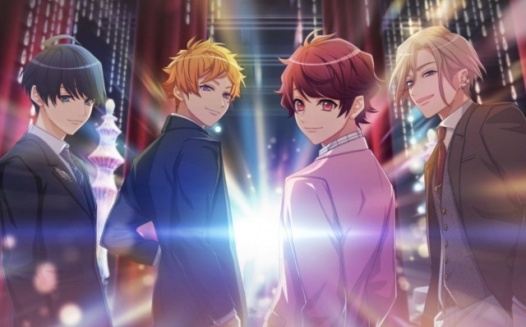 A3! Shutdown: Securing an ENG to JPN Server Merge/Migration/Patch

On the morning of September 21, 2021, an official announcement was released on @MankaiCompanyEN’s Twitter page stating that the English server for Liber Entertainment Inc.’s and CYBIRD’s popular joseimuke game A3! will be shutting down and no longer updating after late October. Since then, there has been a devastating wave of grief surging through the game’s English-speaking players and community. As a release day player myself, I have complete sympathy for the others taking this tragic news hardly. The game has stood firm from its release in October 2019 by curating a beautifully localized story and expanding on its richly diverse cast of characters in a new light, different from its sister server in Japanese. It’s due to the translation staff’s care that English players will always love the game for its uniqueness and remarkable ability to comfort those in need. As of now, the English server is said to remain accessible to players with the exception of no longer updating the story, tryouts, or future event stories. Any further steps taken would most likely be the game’s complete closure, making it inaccessible. In order to prevent any further loss, this petition has been set up to bring awareness to Liber Entertainment Inc. and CYBIRD that the English A3! community wishes to express our love and devotion to the game and voice our desire to help find a solution that won’t end with heartbreak during the app’s end of operations. Such solutions include allowing players on the English server to transfer their data to the Japanese server without losing any of their hard earned cards, rank, stories, currency, etc. if respectively possible. Another option could be to completely merge the English server with the Japanese server. The most feasible solution is to allow an English option to be implemented into the Japanese version of the A3! app as a “language patch” for previous English server players and new English players first starting out. These various methods could not only bring more player revenue back to the Japanese server, but also bring morale to the community as a whole by allowing English players to continue reading and enjoying brand new events simultaneously with the Japanese players, something that we were never able to do before.

UPDATE - March 10, 2022
Thank you everyone for your support and effort put into this petition! It was submitted to CYBIRD, however, unfortunately, the decision to end A3’s English server was still executed as of March 9, 2022. This petition is now closed for any future signatures now that A3 English service has officially ended and will no longer be operable. May we meet again on stage someday, Mankai Company!