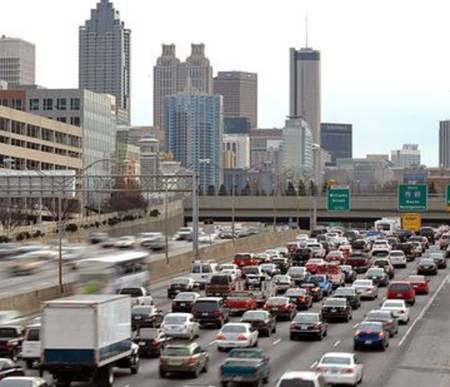 A Train of Thought: Benefits of Expanding Marta

ATLANTA'S MARTA TRANSIT STATION IS IN NEED OF SOME MAJOR EXPANSION WHICH COULD CAUSE THE CITY OF ATLANTA AND THE ADDITIONAL REGIONS OF EXPANSION TO REAP THE BENEFITS OF BILLIONS OF DOLLARS.

ATLANTA MARTA TRANSIT STATION HAS NOT EXPANDED IN OVER 15 YEARS WHILE OTHER CITIES HAVE MADE MAJOR PROGRESS IN CITY-WIDE TRANSPORTATION ACCESS IN THE LAST DECADE.

MARTA was voted to be the 4th worst transit station in the world and is in need of drastic expansion, AND THIS IS WHY.

* Every $1 invested = $4 RETURNED TO THE COMMUNITY

* $4.2 Billion Dollar Increase in Personal Income with the majority of this income coming from areas outside of MARTA's current accessible perimeters. And $3.6 Billion Dollars in Disposable Income for households within the 20-county region.

End results of NOT Expanding Marta:

* Georgians would be cheated out of possibly 50,000 work opprotunities

* The State would miss out on significant economic progression including the relocation of approximately 500 companies to the Atlanta area.

* Could cause Metro traffic congestion on gridlock to increase

There are immense benefits to be reaped by the citizens of the Atlanta and metro area through the expansion of MARTA's transit system that, without a doubt, outweigh the costs of such a project.