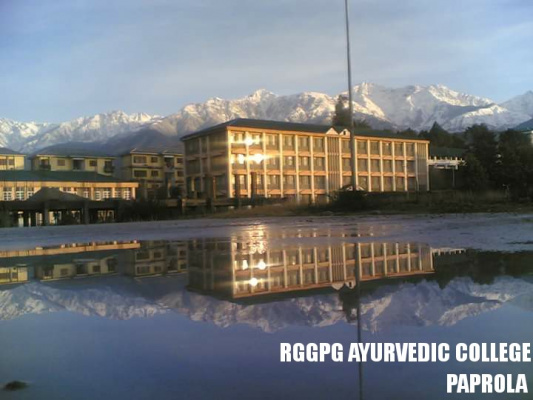 A Step Towards Upliftment of Ayurveda in Himachal Pradesh

Ayurveda is the system of natural cure known to promote a healthy lifestyle. Rooted in antiquity, Ayurveda is based on universal principles and is a living, growing body of knowledge as useful today as it was in earlier centuries.

But unfortunately,for decades, Ayurveda in India was subject to neglect, lack of respect and lack of funding that naturally impacted the quality of its practitioners and its medicines.

But in recent years, people are becoming more and more concerned about their general health, due to which a marked inclination of people towards Ayurveda is being observed worldwide.

As a matter of fact, Kerala is a pioneer in Ayurveda based medical tourism. The verdant forests and hills abundant in herbs and other flora are extremely valuable for the preparation of Ayurvedic concoctions.

It is worth mentioning that Himachal Pradesh, our state, also has a same variety of flora needed for the preparation of Ayurvedic medicines. But the development of Ayurveda needs the support of the State Government to transform it into effective health care.

Therefore, I would like to bring into your knowledge that R.G.G.P.G Ayurveda College, Paprola is the only government Ayurvedic college of the state. Our institution ranks 7th among all the Ayurvedic institutes in the country and has given many successful alumni but is facing many issues that need immediate attention.

This petition is an initiative started by the students of R.G.G.P.G Ayurveda College, Paprola as to draw the attention of the State Govt. to the issues and challenges we are currently facing.

1. Infrastructure of the hospital needs serious improvement so that better care to the patients can be provided.

(Internees at this govt. college are provided with a minimal stipend of INR5000 per month which was last fixed in 2012. This is very less compared to other Ayurvedic institutes of the country or the BDS and MBBS students of the state)

3. Delay in results by H.P.U which further delays our degree. (Speeding up this process will really be appreciable.)

4. Stipend to be allocated every month regularly.

Our respected Prime Minister Mr. Narendra Modi himself is a firm believer of Ayurveda and Yoga. He has always taken initiative to promote Ayurveda.

So, it needs to be understood Ayurveda in its modern form is at a building stage in India. It needs to be nourished and supported by our state government at this stage like it is being supported by many other states, so it can grow into its full potential and provide a highly effective alternative health care not only locally or nationally but globally.