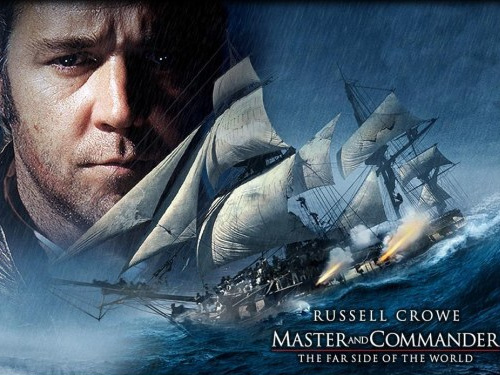 A sequel to Master and Commander

Not all movies require sequels, that much is true. But Master and Commander, The Far Side of the World, the 2003 critically acclaimed movie based on the book series by Patrick O'Brian, is not one of those. It was an exciting, thoughtful and touching film, impeccably directed by Peter Weir and featuring the excellent acting of Russell Crowe and Paul Bettany. Yet for all its brilliant qualities, it was for all intents and purposes just a pebble in the ocean compared to what a potential franchise could bring to the table. In many ways, The Far Side of the World had all the hallmarks of a first entry in a series of films: Its plot was mostly isolated from contemporary politics and focused on a relatively simple conflict between two ships, its characters were, though interesting, not nearly as developed as their literary counterparts, and there was little shown of the history or personal life of the main characters played by Crowe and Bettany.

Alas, it was not to be, and despite it having been 12 years since the release of The Far Side of the World, we are nowhere closer to that much desired sequel. Russell Crowe has expressed a desire to revisit the franchise, however, and so all is not lost! All that is needed is that we, the fans, show our support and enthusiasm, and Hollywood is bound to listen! So sign this petition, and hopefully it will one day reach the table of some executive that might just greenlight the sequel we all want.

Kevin Murphy (Rifftrax): "I am obsessed with the movie Master and Commander."

Roger Ebert (Reviewer): "Master and Commander is grand and glorious, and touching in its attention to its characters."

Christopher Hitchens (Columnist):"I devoured Patrick O'Brian's 20-volume masterpiece as if it had been so many tots of Jamaica grog."

Keith Richards: I fell in love with [Patrick O'Brien's] writing straightaway, [...] it's about friendship, camaraderie. Jack Aubrey and Stephen Maturin always remind me a bit of Mick and me.