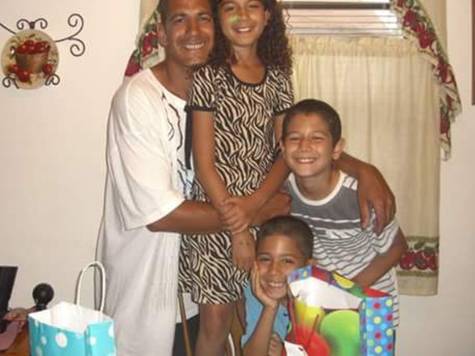 A Second Chance to Live

FRIENDS AND FAMILY OF ARNALDO BURGOS

We all know Arnaldo to be a kind, generous, caring and loving person. He has five children that are his life his love for his children is immense. He has always worked in construction since the age of 13 when he started as an apprentice on the weekends with his uncle James Berrios. He was only carrying buckets of water but he did it proudly as he watched and learned the trade. He became a great stucco and plaster mason under the guidance of his Uncle. Until tragedy struck and his uncle passed away in a horrible car accident and Arnaldo took it very hard. His uncle was his role model.

Then he had an accident himself and because of his accident he was left suffering from a seizure disorder and a shattered leg that was put together with pins and rods so he could no longer work in the trade of construction that was his passion. He was prescribed strong pain medications but unfortunately, the addiction became stronger than him and took over. Arnaldo lost his way. He became depressed with no work and no way to provide for his family his life turned into turmoil. He was hospitalized twice because of his severe depression and anxiety.

This leads us to now. He is facing 10 to 15 years in prison. A sentence that is too harsh of a penalty. He has the opportunity to leave the State of Florida with a solid job offer and a place for him to live and be able to provide for his children and be a productive member of society. He has already been imprisoned for 16 months. While in prison he has been taking classes in life skills and has mentored younger inmates to help them learn from his experiences; many of them contacting his family members to help him in anyway possible.

10 to 15 years is a long time to serve in prison. A punishment should have the goal of rehabilitation. Aren’t we a society of rehabilitation? He is a non-violent offender. He does not have the consistent convictions of a career criminal and is not the type of person you normally run into in the division “M” of the court with enhanced sentencing.

We respectfully plead with you to waive the PRR and consider a lesser sentence for him. We are not requesting that his action go unpunished we are requesting that all these mitigating factors be taken into consideration when imposing his sentence. With these signatures on this petition we wish to show you that we all believe he deserves a chance and that he has so many family members and friends to help him.