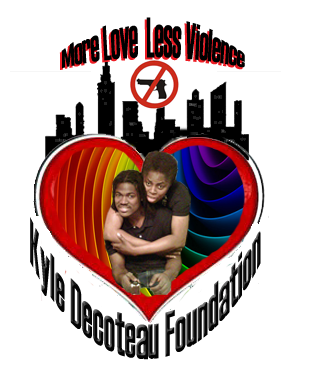 Why Should All Mothers Cry? “As a mother of a son, who was murdered, my cry extends beyond myself and I realize that the double-edged sword of violence affects the mother of the murderer as well. Both mothers suffer, whether their loss is from death or prison, I believe that now is the time to unite as mothers and pray for our children-especially our males who fall prey to the life of the streets. My Son Last Moments! This is the story of my journey that began on July 19th 2011. After a long day of replacing the bedroom floor at my home, I took a shower and went to sleep. In the early morning of July 20th 2011 on a hot summer day I woke to the sound of my family and friends outside having fun. I was about to join them but when I stepped out my door a shot rang out and I was hit in my left hand. My first reaction was to close the door and run away from the house as I always promised. While running away I was cut off by individuals in a car and who rode on bikes. I was shot twice in my torso from behind and left to die in the street. But at last moment someone found me and stayed with me until the EMT came. On that day I left behind my 4-year-old daughter to face the world without a father. Why Did My Homies Shot Me? On July 20, 2011 you know my son Kyle DeCoteau died at the age of 21 years from three bullet wounds from a Crip gangster’s pistol. Kyle started off in the Word but got caught up with the wrong crowd and joined the Crips. He had decided to leave the gang lifestyle after two of his friends were killed by bullets. Kyle later tried to get his life together and came back to God; changing his life meant leaving the gang behind and he was willing to do so. Just as he was trying to overcome the obstacles in his life, he had begin to receive many death threats on his phone, so he know they was going to come after him to try and take his life. This is what he said to me, “Mom if they were to ever come to grandpa’s house I will run away from the house because I don’t believe anyone else should get hurt for me. If God can’t stop it, it won’t be done but I will not pick up a gun, and therefore Kyle was the third to die; this pattern of destruction must end. ​ Why should it end? My name is Kimora DeCoteau I was 4 years old I went to this place where I saw my dad Kyle lying in bed (coffin), I told everyone that he was asleep and I am still waiting for him. But my mommy told me he is in Heaven. STAND UP AND STOP THE VIOLENCE Enough is enough. Black on Black violence has really gotten out of hand. Innocent people including children are being killed on a daily bases. why is it that the black communities get outraged when a black male is killed by the cops or any other race but turn their backs when a black male is killed by the hands of another black man. I am very much embarrassed of all the ignorance in our communities. Help Stop Black Violence and let's begin to make a difference. K.Y.L.E. Save A Youth Challenge Habakkuk. 2 K.Y.L.E Save A Youth Challenge is basically a way to prevent this from happening to our youth in the community.

ONE OF KYLE SONGS HE RECORDED BEFORE HE DIED, PLEASE LISTEN, THANK YOU