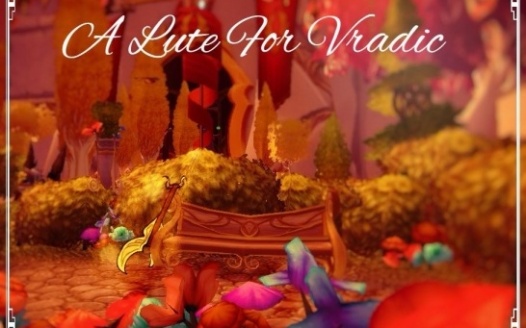 A Lute for a Hero

Update 7/17/2017
Silversun Industries has changed names to House Songheart. However, due to hold onto the memory and words in this petition, nothing will be edited.

It is with an extremely heavy heart, that I bring this news to you tonight. June 28th, 2017 at approximately 7:17 in the evening, a beloved member of the guild, Y'akov Vradic passed away after losing an on-going battle with cancer. Due to respect, further details we be withheld.

Vradic was a man that had been with the guild shortly after it’s initial founding and had been an exceptional member of our guild and small community bringing fun, laughs, inspirational talks, understanding, and unfounded amounts of caring. True to the nature of his character, Vradic was a man that would not even allow a mountain to stop him from protecting those he cared for or those that needed it.

Silversun will be giving a memorial to our fallen hero in the coming weeks. A bench dedication, tree planting, and a true paladin send off will be planned. The guild tabard has been changed to black as we mourn our loss. The sun will remain white, as Vradic shined like a beacon of hope in the most trying of times despite his own suffering. As for the character Vradic, it will be promoted within the guild to top honors as a Tilted Officer which it will remain for the existence of Silversun.

With the loss of a long-standing member of Wyrmrest Accord [NA], Silversun Industries is doing all that it can to ensure that this valued member of the community is not forgotten.

David Deering, also known by his in-game alias Vradic (in-character Y'akov Vradic), passed away Wednesday June 28th, 2017 after a long standing battle with cancer. It is our goal that this Champion of the Life both in-game and out of game is remembered.

As many people know while on Horde side, David played as a Sin'dorei (Blood Elf) Protection Paladin. People would always find him wandering about Silvermoon, offering friendly greetings and hellos. Many quote him with his typical greeting: "Hello all you happy people!"

Why the benches outside? Why not somewhere else?

Aside from spending his time inside the city, David also spent his days in-game outside in the small gardens at the entrance of Silvermoon when he wasn't helping guildmates and others. Aside from it being -the- location to find the character Vradic, it's also an area that many people in-game just run by and don't think much of. We have already placed a character there in memory of him, but if we lose the account, that character is gone as well.

Why a lute of all things?

David was a musical artist as well as Vradic in-game. There were many times on Discord where David would just randomly sing to us all. He was also the first person to always sing happy birthday on any of our special days. Aside from being a great singer, Vradic's voice held soul and a beyond comforting tone. The lyrics of his own written songs were thoughtful, warming, and moved a person on their first hearing.

You can find a link to one of David's original songs here: [Tin Roof by David Deering]

It's important for many reasons, but to us the WrA community, David was a member of the realm since it's launch. As time comes and goes, many people move realms or even quit the game. He never turned his back on the realm and was always there through all of the good times and the bad times. He went out of his way in order to help those around him. Through roleplay, gearing in dungeons and raids, a shoulder to cry on, or a partner to stay up talking to until four in the morning. David was there for all of us, shining his Holy Light in the darkness of our lives to help us forward.

Community Member Posts, Memories, and Stories of their experiences with Vradic: