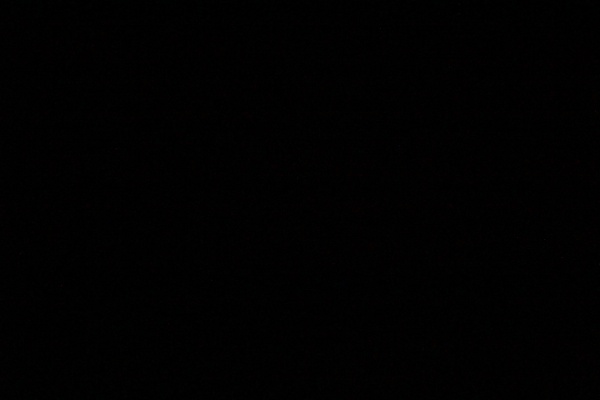 A Call to Action to Princeton Theological Seminary

To President Barnes and the Board of Trustees at Princeton Theological Seminary:

We the people of PTS have been and continue to be grieved by the way we see our Black siblings brutalized by police violence and racism in our country. As followers of Christ, seekers of justice, and leaders in the Church, we denounce the violence and racism that have caused brutal deaths, the most recent of which include: George Floyd, Breonna Taylor, Nina Pop, Ahmaud Arbery, Tony McDade and innumerable others. When atrocities like this occur, it is important that we speak out against them quickly and definitively. While we sincerely appreciate the grief and lament expressed in your recent response to the deaths of George Floyd, Ahmaud Arbery, and Breonna Taylor, we sense it lacks the appropriate outrage and the necessary call for our school to make responsible changes to become more explicitly anti-racist. We long for that type of institutional response from Princeton Seminary, not only from individual faculty members but also from its administrators and trustees.

For too long, white Christianity has been able to ignore the reality of Black suffering under white supremacy in America. For too long, our theological frameworks have remained fundamentally unmoved in response to the challenges of racism, police brutality, and mass incarceration. For too long, we have allowed propositional, doctrinal, academic theology to suffice when what we need is active, justice-oriented theology.

James Cone wrote The Cross and the Lynching Tree in 2011. At the time of its writing, Cone identified the failure of white Christianity to connect the cross with the lynching tree, symbolically, and theologically. He sought to make that connection explicit. In his conclusion, he wrote, “The lynching tree is a metaphor for white America’s crucifixion of black people. It is the window that best reveals the religious meaning of the cross in our land. In this sense, black people are Christ figures, not because they wanted to suffer but because they had no choice. Just as Jesus had no choice in his journey to Calvary, so black people had no choice about being lynched. The evil force of the Roman state and of white supremacy in America willed it. Yet, God took the evil of the cross and the lynching tree and transformed them both into the triumphant beauty of the divine. If America has the courage to confront the great sin and ongoing legacy of white supremacy with repentance and reparation, there is hope ‘beyond tragedy.’”(Cone, The Cross and the Lynching Tree, 166)

In our seminary classes, many of us have read some of James Cone’s theology. We may make connections between physical lynching trees and modern-day lynching of Black and Brown bodies via police brutality and extrajudicial violence. How can we hear of George Floyd’s murder and not associate it with the public spectacle of lynching meant to frighten and terrorize Black men, women, and children? We may also have read the words of John Sobrino. If Black men and women in America are being crucified, then we, as Christians have a moral obligation to “take them down off the cross,” as Sobrino says.

There is a time for weeping, for grief, and even (dare we say it) for silence. But now is not that time. Now is the time for action. How will the Seminary, how will you, President Barnes, how will you, Trustees of PTS, act and facilitate the action of taking the crucified people down off the crosses of America? We call for something stronger than words, something more powerful and dangerous than mere public confession or acknowledgement. “Let us love, not in word or speech, but in truth and action” (1 John 3:18 NRSV). As part of our covenant together, we as a seminary must commit ourselves to the work of anti-racism.

As members of the Princeton Theological Seminary community, we call upon our institution and our leaders to stand against this kind of violence and brutality continually and constantly and to prepare our students for ministry that will stand firm and work for justice. We have a commitment to stand in solidarity with those who are grieving these losses and to work to dismantle the structures and systems that have led to this.

In the response given to the community after the Slavery Audit by the Board of Trustees, President Barnes stated that “Our response to the historical audit is the beginning of our community’s journey of repair as we seek to redress historic wrongs and to help the Seminary be more faithful to our mission as a school of the church, both now and in the years to come.” (PTS response Press Release) There is still work to be done in addressing the issue of systemic racism on our own campus and in the world that we live in.

In his response to the murder of George Floyd, President Barnes also stated that “For centuries our white dominated society has systemically made it so hard for blacks to breathe fully.” (Barnes on the Death of George Floyd) This is true globally and on our own campus. President Barnes, we would like to imagine with you what it would look like for PTS to be a place where Black students, faculty, and staff could breathe fully?

In light of all of this, we call upon you, Dr. Barnes, and the Board of Trustees, as Princeton Seminary’s leaders and decision makers, to do the following:

It is our severe hope and faith in Jesus Christ that compels us forward in this work and calls us to action as a seminary. As Kelly Brown Douglass has reminded us, “If faith is about partnering with God in mending the earth, then faith communities by definition are accountable not to a status-quo where the injustice and inequality of white supremacy reigns. Rather, they are accountable to a more just future where all people are truly created equal. Simply put, faith leaders are to be driven by the urgings of their souls—regardless of their political leanings. It is left to faith leaders, therefore, to live into who they claim to be and thus lead the nation back to its very soul.” (Douglas, America's Lost Soul) With all this in mind we call the leadership of Princeton Theological Seminary action.We ask that our institution stands with and for our Black siblings through both words and action.

Grieved and Concerned Members of the PTS Community

And all the undersigned below