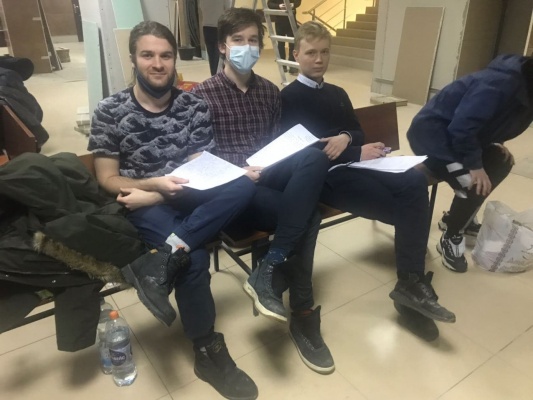 A call for immediate release of arrested students

We are appalled to learn that our young colleagues, Ilya DUMANSKI, Alexei PISKUNOV and Alexander POPKOVICH have been arrested in Moscow on January 31, 2021.

All three are currently mathematics students in Moscow, and are about to start their graduate school program, with offers from MIT and Stanford. Following a night at the police, they spent last night in a bus where they did not have neither food nor water nor access to the toilet. They are currently being held at a facility for detention for illegal immigrants in Sakharovo near Moscow, a procedure that is in itself illegal.

We have no news from Vasili MOKIN, another young mathematician, who was arrested on January 23 and sentenced to 10 days in detention.

We call for the immediate release of our young colleagues.

We are horrified to see the growing machine of repression in today’s Russia. The consequences for the entire Russian mathematical community are potentially catastrophic.

We have received the information that Vasili MOKIN has been released, but 9 more people (all math students) have been arrested during today's protests: