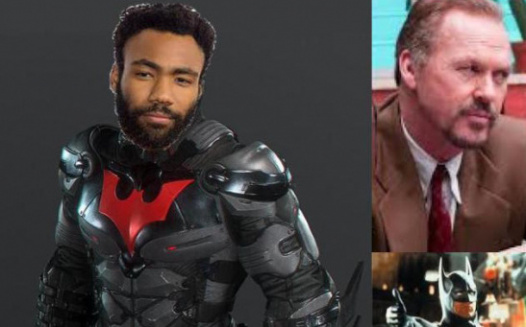 In a world where Hollywood likes to revisit old franchises and neglect the less acclaimed sequels (some examples being X-Men, Halloween, Terminator, Robocop, etc), why can’t DC take advantage of this trend? Inspired by Mr Sunday Movies' video speculating whether Michael Keaton should return as Batman, this petition is to propose that Warner Brothers make a Batman Beyond movie in the universe of Tim Burton’s Batman (1989). They could ignore Batman Forever and Batman and Robin, showing an old Bruce Wayne (Michael Keaton) train Terry McGinnis (Maybe a Donald Glover type; not too young so they don’t seem like they’re ripping off the Iron Man Spider-man relationship that the MCU has). Finally, people could tell what type of movie they could be coming to see by calling it ‘Batman 89’ (as in the year 2089). If this gets enough attention, it could be sent into Warner Brothers, hopefully they will consider making this a reality.