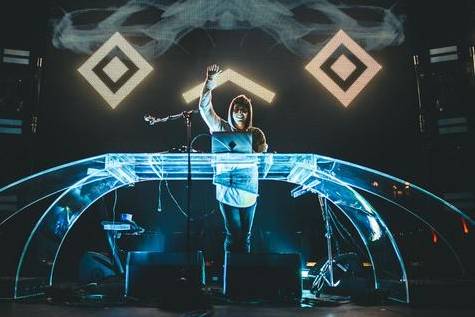 Ultimate Music Experience” is a Electronic Dance Music festival held every year in South Padre Island, Texas. It has brought massive revenue and so much diversity into the area by bringing down only the biggest artist in EDM such as Hardwell, Skrillex, David Guetta, Zedd Bassnectar, and as fellow festival goers call him “The father of UME”, Tiesto. The promoters, “Global Groove Events” are model promoters that each show they put on in our area, they know exactly what they are doing production wise, very rarely disappoint with the shows they put on. With UME being the biggest production they have all year, each year is only getting bigger and better. They have started on planning the festival already, but we feel there has to be one specific artist that MUST be a headliner next year.

Porter Robinson, a 22 EDM producer from Chapel Hill, North Carolina, has been evolving tremendously over the years. From starting under the wing of Skrillex, to ultimately breaking down the 4th wall of how an EDM artist should be by ignoring today’s average DJ standards and creating something magical, something extraordinary by putting in his true passion into his music that is unlike any other artists’ has ever done in the young age of Electronic Music. His 2014 debut album, “Worlds” is a different sound that pleases many audiences, from the general EDM audience, to music fans, and even Japanese audiences. It blends Electronica with heavily diverse Japanese influenced sounds that feel just right.

Like any other major artist, He goes on tour to promote his album, but not how the average EDM artist goes on tour. Instead of being up there and mix his music with turntables, Robinson does a ‘Live’ set by bringing in his own instruments, mixing his own visuals and sync his own lighting, basically a show unlike any other artist which makes him stand out. Audiences absolutely grow an emotional attachment to his show, which some even cry out of pure joy, and rave that it is one of the best electronic acts out there. Major Festivals such as Coachella, UMF, Hard Summer, Backwoods, Life is Beautiful etc. have had Robinson play his live show (some he even headlined or will), and since the only way possible since he only plays festivals to bring him down to the Rio Grande Valley, is to having him play next year’s UME, again, this time with his Worlds tour.

Sure, it might be very different from your typical bass drop, nonstop head banging, dancing the night away type artist, but fellow UME goers will defiantly appreciate and not be left disappointed one bit if this happens. Global Groove might already have something huge planned for the event, but maybe if we can join in “Together as One” , we can have our voices heard and have him blow Schlitterbahn Water Park through the roof. So why not emphasize the “Experience” part of UME by bringing someone who brings one hell of an experience with Porter Robinson? Thank You, and please help us make this happen, together as one.