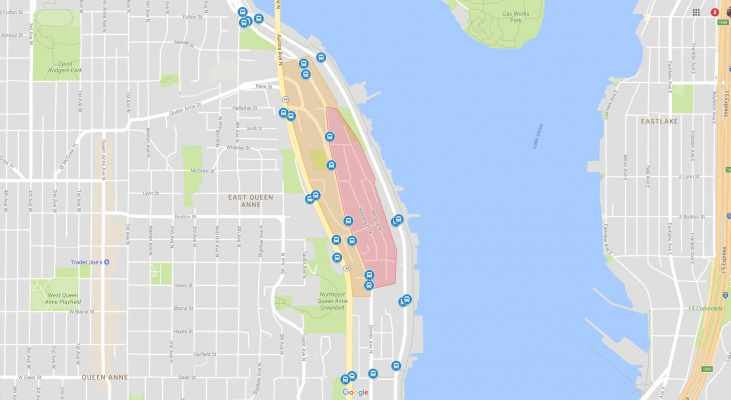 Parking between Westlake and Aurora/99, particularly east of Dexter on Waverly and 8th, is fully occupied during the workday and overnight by non-resident parkers. These commuters access the 40 (Westlake), 62 (Dexter), 5/5X, 26X, 28X, and E (Aurora/99) busses from our neighborhood, and have been known to sleep in their vehicles overnight. This results in parking searches lasting 30+ minutes and up to 10 blocks away.

This petition would create a Residential Parking Zone (RPZ) to limit non-resident and commuter parking from occupying these spaces. Map of Proposed Zone

In addition to multiple transit stops on major N-S public transit routes, this is some of the closest free street parking to downtown. This leads commuters to park on our streets to avoid paying downtown prices. Facebook, Google, and Amazon campuses are all in walking distance.

In order to establish an RPZ, there must be a significant degree of parking by non-residents. The Seattle Municipal Code (updated in June 2009) specifies the threshold that must be met in order to establish an RPZ. Generally, 75% of on-street spaces must be occupied with at least 35% of those spaces used by non-local vehicles, all in an area of at least 10 contiguous blocks (or 20 blockfaces). Additionally, a "parking generator" needs to be identified: an institution, a business district or transit service causing the high amount of non-local vehicles parking in the residential area.

The City of Seattle requires full residential addresses during this initial request phase, to gauge that there is interest from residents in a minimum 10-block neighborhood. This is the first step in the process. If there is sufficient interest from a 10-block area, the next step will be various parking occupancy studies performed by SDOT.

The Petition is FREE

This petition is FREE. There is no need to pay after signing. If an RPZ were granted, the city does charge for the decals: http://www.seattle.gov/transportation/permits-and-...