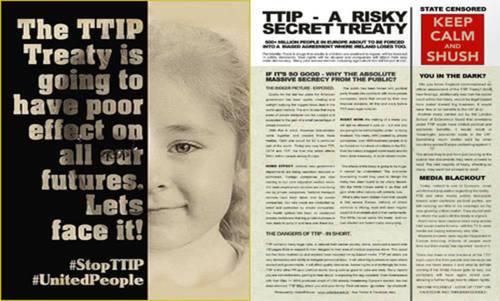 We Will Refuse To Abide By The TTIP Treaty.

If you not only object to the secret TTIP Treaty soon to be rammed down the throats of 500+ Million European people but also refuse to obey its dictating orders, undermining protocols and destroying of many things including state democracy, please sign and show you will not stand, sit or lie down and let the TTIP Treaty roll over your rights, your nations sovereignty, not accept its interference or its weakening of economic, food safety or many other damaging aspects.

An introduction to many poor aspects of the TTIP treaty can be found HERE.

We the undersigned, will not be adhering to the TTIP Treaty - end of story!
We are a united people!