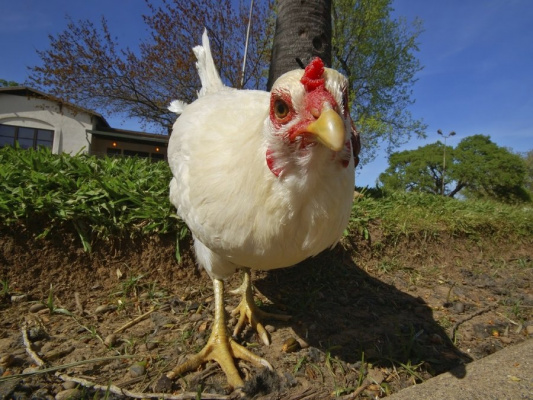 Many urban areas across the U.S. are allowing the keeping of chickens in large and small cities alike. Pittsburgh, for example, permits residents to keep chickens if they so choose. Some say that chickens are noisy... if you don't have roosters, hens are not that loud. Definitely not as loud as the occasional dog barking or a passing train. Some say chickens stink... A small flock of 4-5 hens produce about as much waste as a medium sized dog, and like any other pet, if their area is kept clean, there should not be any smells.

Current Borough ordinances prohibit keeping chickens within Borough limits. I would like to petition the Borough Council to have this ordinance modified to allow residents in the Borough to keep chickens according to some specific guidelines.

Some of these guidelines are as follows:

3. Chickens must be confined to owners yard.

If you currently live in the Borough, and would support those wanting to responsibly keep of a small number of chickens, I ask you to please sign this petition.